Eirena the Enchantress is one of the three classes of followers in Diablo III.

She is a ranged-attacker, a spell-caster, and a buffer, with some spells resembling those of the Wizard. 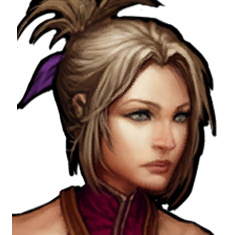 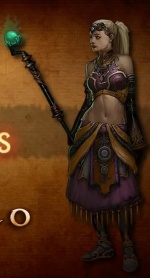 The follower Eirena has the most shadowy and ambiguous lore out of the three followers. In an interview with FZ.se[1], Leonard Boyarsky had this to say about her:

Then we have the Enchantress - Eirena – whose past is shrouded in mystery. She follows a mysterious figure called The Prophet and is good at controlling groups of enemies. The player will learn more about her dark past as they progress through the main story.

Each follower has their own questline that the player can choose to pursue if they wish, but Eirena's plot is the least known of the three. It is possible that she may have some interaction with elements in Caldeum, as she seems to dip into the same arcane arts as the Wizard.

Like the other followers, Eirena has three tiers of gear progression, which are based upon level. 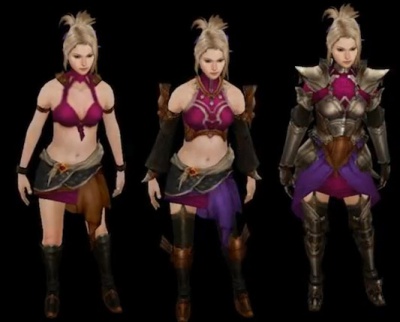 Three levels of gear progression for the Enchantress. 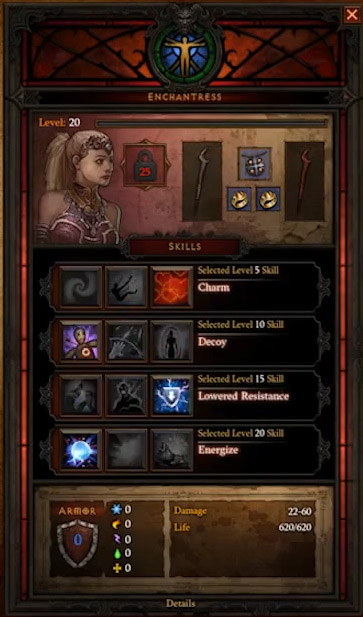 Early 12 skill interface. Note 3 skills no longer in the game.

Much like the player character classes, followers are able to learn a few skills or spells at specific level milestones. Not much is known about the skills, currently, besides their names and when they are unlocked. Players may choose one skill from each tier. Follower skills cannot be modified by runes, and they only have one rank.

While, oddly enough, gaining some of the Necromancer's abilities from Diablo II, the spell kit for the Enchantress appears to be very similar to that which is seen with the Wizard, namely a fixation on unstable Arcane powers.

Charm -- Charms an enemy to fight for you for 4 seconds. Cooldown: 25 seconds.

Forceful Push -- Summon an arcane explosion 8 yards around an enemy, dealing 100% weapon damage as arcane and knocking back all monsters caught within it. Cooldown: 10 seconds.

Missile Ward -- Buffs you and the Enchantress, reducing damage from ranged attacks by 6%.

Powered Armor -- Buffs you and the enchantress, increasing armor by 5% and slowing attackers by 30% for 3 seconds.

Disorient -- Cast a flash of Confusion on a group of enemies in an area, causing them to stumble around disoriented for 2 seconds. Cooldown: 15 seconds

Erosion -- Conjures a pool of energy that deals 250% weapon damage as Arcane over 5 seconds. Afflicted enemies take an extra 15% damage from all attacks for 3 seconds. Cooldown: 15 seconds.

Focused Mind -- A 40 yard aura that increases attack speed for you and the Enchantress by 3%.

Mass Control -- Lob a bulb of magical energy that will hex a group of enemies into chickens for 5 seconds. Hexed enemies are unable to perform offensive actions. Cooldown: 30 seconds.

There are a number of achievements players can earn that are related to the Enchantress.