The Zealot uses physical melee attacks and magic skills to deal damage and can shapeshift into a powerful ranged caster.

War of the Gods[edit source]

Long ago, a war between the forces of heaven and hell was waged over the rulership of Sanctuary. Human acolytes - ancestors of the zealot order fought on the side of the angels and the forces of heaven. Dark heretics from the north fought alongside the demons. It was these heretics who would scour the battlefield capturing the essences of the fallen angels in soulstones denying them death. The war ended with neither side claiming our world, as the gates between Sanctuary and the greater planes were sealed by a small band of human freedom fighters.

Discovery of the Soulstones[edit source]

A thousand years passed and a party of acolytes led by Shia Koran discovered a cache of soulstones while raiding the derelict stronghold of the dark heretics. Unaware of the torment endured by the angels over the last millennium, Koran decided to free his trapped masters. Selecting a large soulstone, he opened himself as a channel for the soul to pass through. The being that was once an angel manifested fully within Koran, with chaotic fury clearly etched on its celestial features. Carnage ensued as the acolytes sought to banish the creature with full knowledge that doing so would also destroy their leader. Few acolytes survived the banishment ritual amidst the creature's devastation. Augus Moriden announced himself the new leader of the acolytes, and selecting a very small soulstone, tentatively attempted to draw a small amount of the angel essence into himself. The resulting form scorched his left arm with an intense white fire and burned his eyes, but with a strong willpower he found he could control the form.

Through this discovery, the acolytes became what we now know as the Zealots. Warrior monks fighting with sword and sorcery, and when necessary - the chaotic powers of insane angels!

In general, zealots excel against magic users, stand equal to most melee opponents but fail miserably when facing ranged attackers. There are several key builds for Zealots, and combinations are also viable.

Typical melee zealots weild 2-handed-swords (or dual-wield) as a shield is unnecessary. This is because zealot's are not afraid of using the maimed left arm they recieve from manifesting, and will even use it to block enemy attacks! The bandages they use to staunch the bloodied wounds and burns are usually wrapped thick, thus giving a decent protection against physical attacks and replacing a shield. When combined with a zealot's already high dexterity, this will gives a good block rate. Melee zealots mostly concentrate on the body skill tree and therefore do not require alot of mana.

Mana burn zealots, or "Mage Slayers" specialize in skills like "Mana Burn"(Passive) and "Mana Blast" to deliver damage to enemies based on their current mana minus their maximum mana. This build is also the most viable for PvP, especially against Witchdoctors and Wizards who usually rely on a relatively large mana pool.

This build is best suited for single player or soloing, where you want all your bases covered in case you run up against (inevitable) immunes. This build focuses mostly on the Soul skill tree, especailly the Manifest skill, and skills which increase your attacks and survivability while in this state. This build often uses the elemental spells from the mind tree. Good solid damage output is the key.

Zealots certainly do have their flaws. One such is that they are quite susceptable to ranged attacks. Many of their attack skills involve sprinting at the enemy which leaves them very vulnerable to attacks. Also they have relatively low Health and Defence, which can be accomodated for by investing skill points in such skills as Endure and magical defence/resistance. These skills however do not increase your survival chances by much when facing ranged attackers. Manifest form only gives them an easier target, as you move slower and are somewhat larger, but at least it gives you some nifty new ranged attacks to fight fire (or more appropriately - arrows), with fire! One skill which helps against ranged attacks is Sandstorm which will flick arrows away if it is timed properly, or you could simply run in circles...

Zealot equipment tends to rely less on strength and more on dexterity in order to equip. Zealots can duel weild.

Zealots tend to equip light armour types made from fabric and/or leather. They rarely equip anything heavier than chainmail due to the wasteful strength requirements. Also light armour allows for fastest run/walk which is important for melee characters. Zealots have the passive skill Endure, which directly adds to defence and helps make up for the lack of defence provided by light armour.

Zealots can also equip the new class specific item Soustone Chain Which is a requirment for manifestation. New Zealot characters begin the game wearing soulstone chains that give +1 to Manifest.

Zealots rely on dexterity for damage unlike most other melee classes which rely on strength. Strength still plays a minor role in base damage, but is usually only increased enough to equip the heavy curved swords zealot's seem to love so much. Next important is willpower for mana - which acts like health while the Zealot is in manifest form and obviously allows casting of spells. And then there is vitality, which should definitely get a stat point or two every time you level up.

Zealot skills can be describes as eclectic, with a vast array to choose from. Some work well together, others don't. The skills are what make this class so fun, especially manifest and those that enhance it. There are skills for beginner players, such as the passive and defensive skills in the Body tree. Then there are skills for more strategic players, such as those in the Mind tree, which do more damage when the target is low on mana and/or has a large maximum mana pool, and ofcourse offensive elemental skills for blowing stuff up.

The Zealot skills are arranged into to three distinctive skill tree categories:

The Soul tree skills are drawn from the crystal the Zealot wears on a chain around his neck. These crystals are actually soulstones containing the tortured souls of angels trapped for all eternity. Through training and discipline the Zealot learns to draw out just enough of the angel's essence to empower himself without being fully possessed by the chaotic being trapped within.

Soul skills can be divided into 4 catagories: 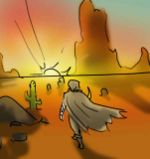 The Body tree skills are derived from the fact that Zealots are trained under the harshest conditions in the desert wastelands south of Lut Gholein. The harsh sun, the cruel night and the unpredictable sandstorms are just a few of the daily struggles a lesser man would not expect to survive. The active body skills cost no mana, but often involve running at the enemy which lowers your block chance drastically and cannot be stopped unless you are hit during the sprint. skills that utilize sprint do cost stamina.

Body skills can be divided into 4 categories: 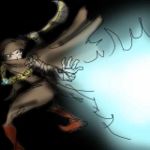 The Mind tree skills are learned in the Lut Gholein monastery through years of training. For the most part they are offensive magic spells dealing different types of elemental damage. Some of the more unique mind skills involve the enemy's current mana in the damage calculation, dealing more damage when the target is low on mana and/or has a large maximum mana.

Mind skills can be divided into 4 categories: