After many previous hints, Jay Wilson confirmed in April 2011 that Necromancer NPCs will be encountered during the course of the game.[1]

The first gameplay was shown at BlizzCon 2017 and the character is based on the Diablo 2 Necromancer.

Primary weapon on the Diablo 3 Necromancer is the Scythe.

One of the reasons we didn’t do the same treatment with the necromancer that we did with the barbarian is that the necromancer was more fully realized as a class in Diablo II. If we were going to bring him back, curses, skeletons, corpse explosion—you’re done. That’s the class. We felt the job was so well done that we didn’t know that we could do a lot to improve him,, and that choosing to make that class was more or less like putting handcuffs on ourselves and wouldn’t allow us to create new and original gameplay. So we decided to go with a new pet class. We focused with the witch doctor on having him play differently enough from the necromancer so that, say if someday in the future we want to add some of the old classes back to Diablo III, I don’t like those doors to be closed.

The appearance of NPC Necromancers was confirmed by Jay Wilson in an April 2011 interview with Diablo3.cc.[4]

Well, Necromancers actually already appear in D3 to some capacity. We have some NPCs who are necromancers who appear in the game. As far as a group in the universe, I’m sure we are going to continue to use them. As a playable class, it kind of depends on what the community wants and what the team wants. When we created all the classes for D3, we did most of those decisions essentially in secret before the project was actually announced, but we really want to see how the game plays and how people respond to it and what they miss, what they wish was there and we will make our decisions. Feedback from the community is always a focus for us whenever we make decisions.

As An Expansion Character?[edit | edit source]

Though the Necromancer will not be one of the five characters in Diablo 3, the developers have left the door open for the class to potentially return in the game's planned expansions: [5]

The return of Necromancers as NPCs was confirmed by Jay Wilson in April 2011.[6]

Prior to this revelation, potential Necromancer sightings had been suggested for some time. For instance, here's Diablo 3 Community Manager Bashiok teasing in February 2010. [7] 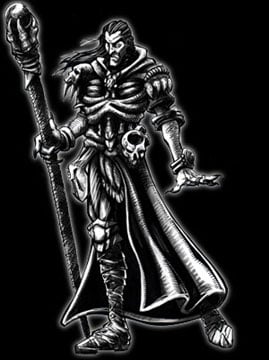