Bashiok was the forum name of Micah Whipple, a long time Blizzard community manager. Bashiok was first known as Drysc, from 2003-2008 when he was a CM for World of Warcraft. When Diablo 3 was announced in 2008 he moved to the Diablo 3 team, working as the sole community manager for that game for several years, and remaining on the Diablo 3 team after others joined, through 2012. In early 2013 he moved back to working on World of Warcraft, though he kept the Bashiok name.

Bashiok is also the name of a a unique monster, a Fallen Shaman (conjurer) that spawns only (and very rarely) in the Dahlgur Oasis. A player must equip Rakanishu's Blade and land a hit on Bashiok to complete the Bashanishu achievement.

Bashiok is a superunique Fallen Shaman (conjurer) that spawns (rarely) in the Dahlgur Oasisin Act Two. He may very rarely occur as a Bounty, but is usually seen just as a random spawn. Hitting Bashiok with Rakanishu's Blade grants the Bashanishu achievement.

Bashiok was initially the sole Diablo 3 community manager, and was the main public face of the game from 2008 until 2011. He worked as a liaison with the community, posted extensively in the Battle.net forums, and managed the Diablo 3 Facebook and Twitter feeds.

His busy schedule was profiled in one of Blizzard's "A Day in the Life" articles in 2011, detailing his myriad responsibilities.[1]

Most people don’t quite understand what a Community Manager does. Some think we just sit in the forums all day. Not true! It's an understandable misconception as this role is still a fairly new thing. It's not a position most companies have, a lot of the work isn’t seen externally, and from company to company the responsibilities can vary wildly. In some cases, a Community Manager will also do PR and marketing for an entire company. Being as large as we are (our North America Community Development and eSports team numbers over 35 people) we're able to specialize.

Any time I'm asked to sum up community management, I refer to that scene in Office Space where the guy being fired feebly tries to explain how he acts as a courier between the customer and the programmers, and ends up screaming about how he has people skills. It's a fairly apt comparison, as that’s a big part of who we are, only we’re (hopefully) more useful in reality than in the reference.

As players can't be present in internal meetings or take part in the decision-making process, our job is to ensure that their voices are represented -- so naturally we complain a lot (kidding!). We also act as a buffer for any external communication, ideally mitigating any issues once news hits the site. As players ourselves, we can help inform company decisions and communication to best serve the game communities. That's the overarching idea of what community management is about, but our department does a whole lot more, including run eSports tournaments and programs, social media outreach, promotional projects like the "Join the Dominion!" and "Your Fortune Awaits" promotional campaigns, as well as daily content creation. I’m a manager of the content team. 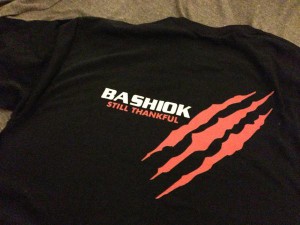 As virtually the sole public voice for Diablo 3 during the first few years of development after the game was revealed in 2008, a time when Blizzard kept the Diablo 3 developers almost entirely from public view, Bashiok became the face/voice of the franchise, and as such grew into a controversial figure. He was the one fans often blamed when there was some news they didn't like, and his job required him to defend and explain all official decisions as though he agreed with them and fully supported them. This created some fission, as the development team often changed their plans for various features, which occasionally resulted in Bashiok, as the official spokesman, arguing against his own arguments from weeks or months earlier.

Bashiok was also notorious for his sarcasm and wry sense of humor, and while that often worked as a community interaction tool, there were times when fans did not want jokes with their bad news. The most notorious incident occurred in September 2012 when he tried to include some dark humor in a post about recent nerfs to Attack Speed.[2]

We don’t want people to be afraid of nerfs, and... I guess maybe I can try to get that across by saying we could have nerfed a bunch of stats that probably deserve it to some degree, but we didn’t (aren’t you thankful!?), because we don’t believe our design approach should be constantly noodling with really important things, like stats. It should only be when we have an extreme situation developing, and we felt that was the case with IAS.

That "aren't you thankful" line became something of a meme for embittered fans, much like Jay Wilson's "doubled it" and "F that loser"[3] remarks, and even years later fans still throw in references to "thankful" whenever they disagree with a game design decision.

Bashiok announced his departure with a farewell letter posted in July 2015:[4]

I could pretty easily write a few thousand words right now, but I did my best to keep this brief.

I began working at Blizzard way back in October of 2003, and every day of my experience here has been shared with you, the players, and content creators, artists, bloggers, AddOn authors, podcasters, streamers, forum trolls, and— man, anyone remember the old Off-Topic forum back in the day? That place was just absolutely cuckoo bananas.

Anyway, Blizzard—and the community that surrounds it—has defined almost my entire adult life, and I am just so absolutely grateful to all of my friends here for having such an incredible and positive impact on who I am, and who I am yet to become. I don’t think I’ve had to make any decisions as difficult as the one to leave Blizzard, but a new opportunity has come my way, and I’ve decided to take it.

While I think it’s all still sinking in, the other day I realized I actually get to be surprised by Blizzard announcements and releases again. Which, as a lifelong fan and rabid gamer it makes me giddy thinking about being able to sit in the audience at BlizzCon, watching a stream, or reading the newest blog posts, and seeing whatever’s in store next—for the first time.

I’m looking forward to what’s next, and wishing you a life of joy, insatiable curiosity, and happy gaming.

Note the cheeky reference to his personal "aren't you thankful" scandal.[5] A jokester to the end...

Bashiok's posts as the D3 CM are collected in various locations, and often cited by gaming news sites and Diablo fan sites.

Assorted images of the man, the myth, the legend.