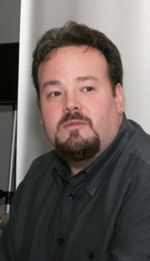 Bill Roper worked at Blizzard Entertainment and Blizzard North for a decade, working on a multitude of titles before leaving in early 2003.

Bill was a producer, designer, and did extensive voice work on titles including WarCraft I, WarCraft II, StarCraft, Diablo II, Warcraft III, and various expansion packs. In addition to production work behind the scenes, Bill was probably the best-known Blizzard employee, thanks to his extensive PR work. He was interviewed thousands of times and was the chief spokesperson during most of Blizzard's publicity efforts.

After leaving Blizzard, Bill and numerous other ex-Blizzard North employees co-founded Flagship Studios, where they produced Hellgate: London and Mythos. After Flagship closed down, Bill joined Cryptic Studios, where he became one of the producers of Champions Online. Bill gave a short run-down of his career in a November 2008 interview.[1]

Q: How long have you worked in gaming, and what did you do before Champions Online?

Bill Roper: I’ve been in the industry for just over 14 years. I started by doing voice-over and music on Blackthorne for Blizzard Entertainment and then moved onto Warcraft: Orcs & Humans to create the world fiction, write the missions, put together the manual and basically everything and anything else they asked of me. Over the next 9 years I worked on the Warcraft, Starcraft and Diablo franchises and did everything from design to production to working with outside developers and leading internal strike teams to press, marketing and eventually becoming a vice president.

In 2003, I started Flagship Studios (and later Ping0) with the core team of people that created Diablo and we put out our first game, Hellgate: London, in October 2007. We also were working on a casual online MMO called Mythos when we had to close the studio in July 2008.

Bill worked for Blizzard when Condor pitched the concept that became Diablo I, and he worked as a producer[2] on the original Diablo, as well as contributing heavily to Diablo II, and the original version of Diablo III developed at Blizzard North from 2000-2005. Bill's comments on the redesigned version of Diablo III that debuted in 2008, created by a new team at Blizzard Irvine, were therefore of interest to most fans of the series.

Bill Roper about the Diablo-Formula and the birth of Diablo, from PCGames.de

PCGames.de:You've been quoted once that you'd rather prefer Diablo 3 to match the visual style of the first two Diablo games. Are you still having doubts about the game? Or are you even looking forward to it?

Bill Roper: I think that one of the key flavour elements of the Diablo series is the dark, gothic look. You mentioned that Jay Wilson told you that staying true to the dark license was a rule that Blizzard had for the franchise. As long as they hold true to that vision, then I think the fans of the series will be happy. I think that some of the initial screens they put out didn't highlight that, and showed off a much brighter envisioning of the world. I have little doubt that after going through their typical iteration process, the art style will be great.

He said: “One of the things I always enjoyed about that separation between Blizzard and Blizzard North was that the Diablo games had a very distinct art style. They had different art directors, they had different people working on it, they had a different sensibility about them. Diablo was I think grittier and darker and a little more leaning towards the photo realistic. Whereas the Craft games that were being built down in Irvine were bigger and broader in scope, brighter colours, just different pallets and different presentation. Both of those were very strong from that visual standpoint, for example.

"But it makes complete sense to me where they went because they basically took the Diablo universe and then approached it from the Blizzard Ivine stance for the visuals. That’s the way they approach things. It wasn’t that I looked at it and went, oh my God that looks terrible. I was like, that looks like Blizzard. The guys in Irvine. That’s what it looks like to me. Their interpretation of it.”

When asked if he was disappointed or pleased with Diablo’s new art style, Roper, who is now design director and executive producer of Atari-owned Cryptic Studios, and in charge of Champions Online, a superhero MMO due out on PC this spring, said: “You know, I liked the darker grittier. I liked the differences in art style, to be honest. So, I think I would personally from a player standpoint prefer that.

“I think that one of the things that we always tried to get across was that Diablo was Gothic fantasy and I think there was just a need that was put in there from the visuals that I didn’t necessarily get. I got it from the architecture and to a degree from the character design but not the feeling of the world. I can’t say that I dislike it. I didn’t look at it and go, oh my God that’s horrible. But I looked at it and went, it’s not really… to me as a player it just didn’t really ring with Diablo.”

IncGamers.com: To go further back in your career, you worked on Diablo, and that's coming up on a third sequel. How do you think it's been handled?

Bill Roper: Ultimately they're going to do a great job, because Blizzard always does a great job on products. I was interested by the big explosion that happened online when they released the first gameplay footage and screenshots, when that vocal minority was outraged that it didn't have that dark, gothic, gritty look. But that actually made sense, because it's not Blizzard North doing it anymore. That's the art style that the guys down at Irvine do. So it looks to me as what I would've expected from those guys, handling the Diablo universe. I always thought that was a real strength between having development teams in Irvine and San Mateo. Blizzard North had a different art direction, a different style, and different thought processes towards mechanics that were all very solid, and allowed the Diablo games to expand out on their own in a lot of different ways. I think that what you're seeing now is that mechanic being taken over by the guys in Irvine because it's involves them now, and so it's going to have that flavour. I want it to be great because I love Diablo, and I want another one.

IncGamers.com: From your comments I get the feeling you'd prefer the Diablo 1 or Diablo 2 art style.

Bill Roper: I don't dislike how it looks now. I didn't look at it and have the appalled reaction a lot of people did, I just appreciated that it had a very distinct look. The Diablo games looked different to the Craft games, and I liked the fact that it was very dark, gothic fantasy. I just think that it's nice to be able to have different worlds represented with very different visuals... When WoW came out, there were plenty of people who didn't like the way it looked, and I think that with Diablo 3 there'll be some people who don't like it and prefer the look of the first two Diablo games. When they first released the the videos and the screenshots, there was definitely an uprising from certain sections of Blizzard and Diablo fans, but Blizzard does what it's going to do so I'm sure that all those people who were really upset will still be in line with the rest of us, getting a copy! As long as it's good and cohesive and takes the stories that they're telling, I'm okay if it doesn't look exactly like it did before, although I did like that really dark, edgy, gothic look.

Bill Roper is one of the members of a band named The Poxy Boggards[3]. As a fun bit of trivia, one of their songs was used for a 2010 SuperBowl advertisement[4], a song named I Wear No Pants. Unsurprisingly, the advertisement features men who are, in fact, not wearing pants.