The Cultist Grand Inquisitor is a Superunique Dark Cultist. In version 1 of Diablo III, he was sometimes found on level one of the Halls of Agony of Act I but in version 2, he seems to always spawn in this location. The Imprisoned Angel is the quest that will take you to the Halls but the Inquisitor is not involved in this quest.

There are no achievements attached with killing him. 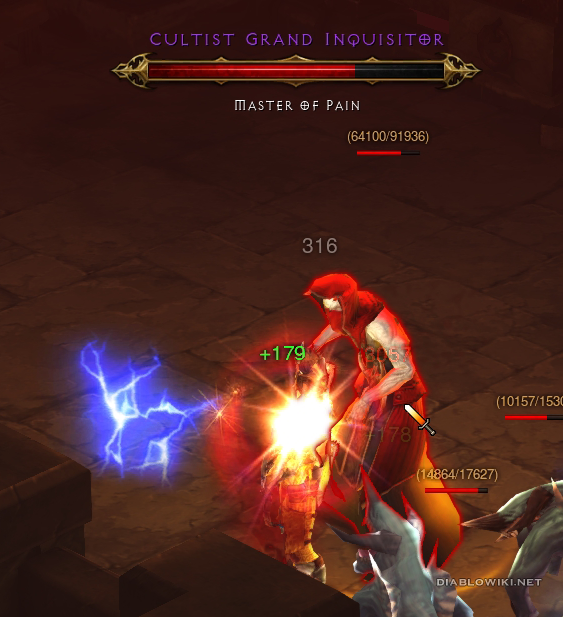 He has a couple of Boss Modifiers, Electrified causing electrical sparks to pulse across the ground, increasing when he's hit. It also means he has some resistance to lightning attacks. He also has Extra Health.