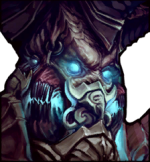 Belial, one of the Lesser Evils also known as the Lord of Lies, is the act boss in Act II.[1] 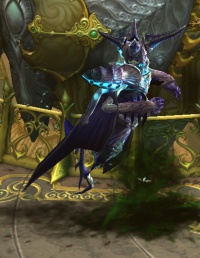 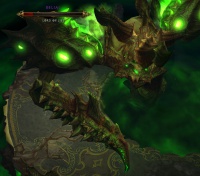 Belial had once been a protege of Mephisto, honing his powers of deception under the Lord of Hatred's guidance. Eventually, he would turn on his mentor and manipulated Azmodan into leading a revolt against the Prime Evils, though this may have likely been indirectly encouraged by Mephisto himself. With the armies of Azmodan and Belial unified, the Prime Evils were cast out of Hell, though at the expense of a full third of Hell's demons. Azmodan and Belial were left to vie for power over the Burning Hells, a conflict Belial ultimately lost. Years later, much like the Prime Evils, Belial would turn his attention to Sanctuary and corrupting its populace. His influence over the mortal realm mirrors Mephisto's own of twenty years prior, as his power over Caldeum, capital of Kehjistan, was nearly complete until he met an untimely demise at the hands of the nephalem. He later became a part of the Prime Evil, who was defeated, again by the nephalem. He is within the Black Soulstone at this time.

The Lord of Lies[edit | edit source]

All greater and lesser evils of the Burning Hells have their own specific title or aspect, and Belial's is the Lord of Lies. Along with Azmodan, Belial helped in a rebellion against the Prime Evils to seize control of Hell. From the Diablo I Manual:

The Belial boss encounter is in three phases. Each phase is broken down below.

Belial does not take part in phase 1, opting instead to call in the troops. He'll summon a large amount of Veiled Sentinels and Veiled Evokers to challenge the player. The sentinels just have a melee attack, the evokers have the magus ability to wiggle around a lot and summon a ring of electricity that damages anything inside of it. They both retain the snakeman ability to vanish and then re-appear.

After the snakemen prove to be fairly ineffectual, Belial himself drops down into the throne room to battle the player. Snakemen are still spawned later on during this phase, and drop a good amount of health globes. Belial himself has a few abilities in phase 2.

When Belial is at under a quarter health, the final phase begins.

Phase 3 is when the real fight begins, and Belial gains a lot of new abilities.

Belial is in some way involved in the following achievement(s). 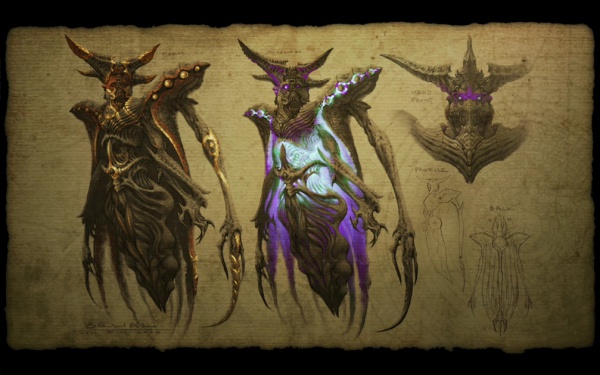