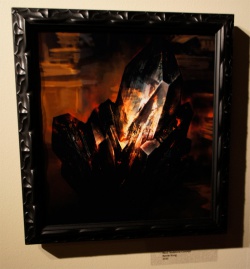 The Black Soulstone was spotted in April 2011, hanging in the Diablo III wing of the Blizzard Irvine art museum. [1]

Nothing more is known about this work, and where it fits into Diablo III's story or lore is unknown. Blizzard has offered no comment on the object/painting.

In the absence of any official word, fan speculation has run rampant.[2] While there is no leading consensus, many fans feel the Black Soulstone is a shard of the Worldstone, which Tyrael shattered after Baal's death, in events that took place at the end of Diablo II: Lord of Destruction, twenty years before the story picks up in Diablo III.

Why the "soulstone" is black, where it's located, and what it's been doing for the past twenty years is entirely unknown.

One theory holds that Tyrael was imprisoned in a shard of the Worldstone, perhaps this black one, and that's why he has not been seen since. There's no known lore to support Angels being trapped in soulstones (as Diablo, Mephisto, and Baal were), but it a soulstone can contain the essence of a demon while its trespassing on the mortal realm, why not an Archangel?

Other fans have suggested that this is just another soulstone created by the High Heavens (Tyrael or some other archangel) to contain another rampaging demon let loose upon Sanctuary.

Nothing is likely to be confirmed about this relic until the game is released and we can see how it's handled in the actual storyline.

The Black Soulstone was crafted by the ex-Horadric mage, Zoltun Kulle. Originally a member of the Ennead mage clan, he was an accomplished alchemist with profound powers of transmutation and alteration. Among the founding members of the Horadrim, he accompanied his brothers across Sanctuary as the fledgling order pursued the Prime Evils Diablo, Mephisto and Baal. Charged with carrying and overseeing the use of Soulstones crafted by the archangel Tyrael, Kulle was essential in the binding of the three.

After spending years pursuing the Prime Evils, the trauma and prolonged exposure to demonic influences left Zoltun Kulle hollow and mad. He retired from the Horadrim and took up arcane research. He eventually crafted the Black Soulstone, an artifact capable of containing the essence of both angels and demons. However, his endeavors were interrupted by his former colleagues the Horadrim. While their intervention preventing Kulle from finishing the Black Soulstone, it was never found by his former brothers.

It wouldn't be until years later, when Zoltun Kulle was resurrected by a band of Nephalem, that the Black Soulstone was completed and used to imprison the spirits of the Greater Evils of Hell. 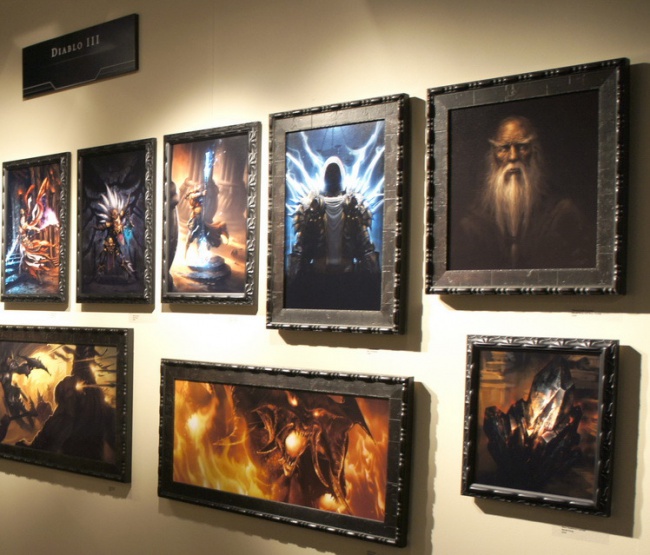