An uber list of abbreviations, acronyms, and other terms specifically related to Diablo III. To streamline it, this list has been purged of general online chat acronyms and terms. Those can be found in the Diablo 2 version of this list elsewhere in this wiki.

Most of the key terms on this page are linked to articles that explain them in greater detail.

measurement rather than just a number on the character screen. 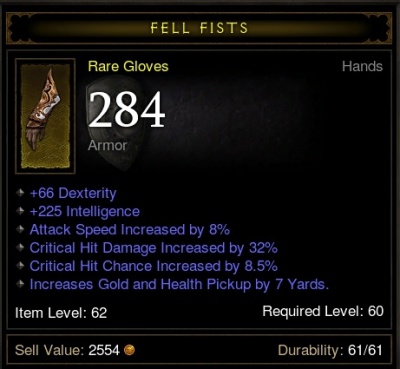 A trifecta on these billion gold gloves.

These are listed throughout this page, but also collected here for thematic convenience.