Critical hits are special types of hits dealt to monsters (and other players in PVP). Monsters that die from critical hits usually explode in an especially gruesome death animation, adding visual fun to the killing bonuses, or are otherwise blasted with the full force of the physics system, sending them caroming overhead and out of the camera's view.

Crits are very important in Diablo 3, and using skills and especially items to raise a character's critical hit chance (CC) and critical hit damage (CD) is the best way to increase character damage and performance. Landing crits is also essential to trigger procs in many skills. Most of the best builds in Diablo 3 require a fairly high critical hit chance in order to keep the procs functioning to restore resource, reduce cooldowns, heal, and more.

Characters have a base 5% crit chance and a base 50% crit damage, [1] and players aim to increase both figures considerably with equipment and skills. There is no hard and fast rule about how much is enough (it varies by class and build) but (as of v1.06) well-equipped characters generally have 30-50% CC and 300-500% CD, with larger values to both possible with high quality gear. 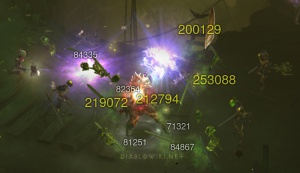 There are a few crit-related gameplay terms that are used as variables on items, skills and other gameplay effects. It's important to know the difference between them: See the CC and CD articles for much more detail on those functions.

When the game was first announced in 2008, it was revealed that crits would have dealt very different effects depending on their elemental damage type. This feature was removed during development, but the original plan went as follows:

These functions were removed along with the entire system of elemental damage from characters, and all critical hits became hits that added (at base) 50% damage. There are no special secondary effects (other than visual) to critical hits in Diablo III, though many skills trigger procs when crits are scored.

CHD raised through a weapon and gem.

Critical Hit Chance (CHC) and Critical Hit Damage (CHD) can be raised in a number of ways.

First and foremost is from items. Many items will grant the player an increased chance to crit. These incremental increases are percentage-based, but also a flat value. So if a player has 5% chance to crit, and they get an amulet that offers an additional 5% chance to crit, their overall chance to crit will be 10%. CHC is, then, addititive and not multiplicative.

Values for Critical Hit Damage are raised through items, skills, and passive abilities. CD can roll affixes on specific item types, being the following:

Critical Hit Chance can be found on the following items:

Many skills and passive abilities also add relevant bonuses, such as (for CHC) the Barbarian passive Weapons Master will increase CHC by 10% when wielding an axe. Similarly, the Demon Hunter passive Archery adds 50% CHD when wielding a crossbow, but adds 10% CHC when wielding a hand crossbow. These and other such passives are among the most popular in the game.

On average, the extra base damage (i.e., excluding skills and stats) from critical hits works out to (CHD% * CHC%). Thus, the optimal strategy for increasing total CHD is to increase whichever stat gives the larger gain, percentage-wise, over its previous value. For example, consider a player with a 25% chance to crit for 60% extra damage, who must choose whether to add 10% to CHD or 5% to CHC.

Adding 5% CHC is preferable in this case. (Bear in mind that many procs require critical hit chance to function, which sets a minimum CC that is effective required for that build to function. This varies by the build, but is generally at least 30-35% and may be considerably higher.)

The following is information archived from when Diablo III was in development. The information is not current, but it is retained for historical value. It is worth noting that shattering of a frozen monster still occurs in the game, apropos to what happened in D2. 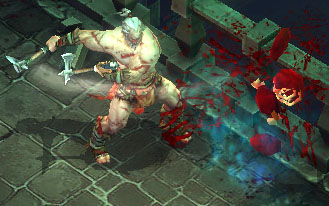 Critical hit reduces a monster to a puddle.

Exactly how critical hits work and how much damage they deal isn't yet entirely understood. This is partially due to the fact that the game remains under development and that the features are in flux, but it's also due to critical hits doing a lot of different things in Diablo 3. In previous games in the series critical hits were simple; they doubled physical damage. In D3, the biggest change is that critical hits work on all types of damage. Not just physical, or melee, but various types of spell damage as well, and apparently they can trigger from elemental damage on weapons as well.

Monsters that die to a critical hit get a special "critical death" animation, which is extra gory. A few examples can be seen in screenshots on this page. The monsters literally explode, leaving chunks of themselves scattered across the ground. These animations are customized for whatever type of damage killed them; the chunks have flames licking across them from fire damage, sparks and arcs from lightning, etc. Physical damage critical deaths tend to leave huge slicks of blood, and give a battlefield a lovely post-massacre patina.

These were demonstrated during a panel at BlizzCon 2008, an excerpt from which can be seen here.

This is a partial list, since the game is still under development and skill descriptions and functions are bound to evolve over time. Looking at what sorts of skills add or otherwise interact with critical hits can be illustrative, though. 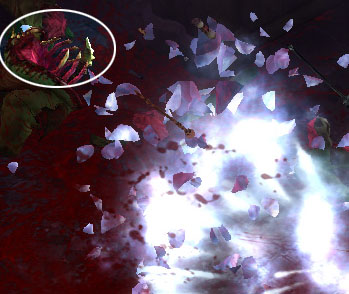 No critical hit bonuses from Witch Doctor skills are yet known. This isn't a sign that there aren't any, though. It's just due to the WD only having 11 skills on display at BlizzCon 2008, while the Wizard and Barbarian had more than 50 each.

Most Wizard skills seen at BlizzCon 2008 displayed the bonus provided by a critical hit of that type of damage (cold, lightning, etc), but there were fewer skills that actually boosted or affected the frequency of his critical hits.

Nothing is yet known about this. It seems likely that bonuses to the damage and/or likelihood of critical hits will be found on equipment, but how common or rare such bonuses will be remains totally unknown. It's certainly something the D3 Team will work on during development and balancing.

Critical hits in Diablo II were a major factor in the game, but only worked with physical damage. Critical strike was called "Deadly Strike" on weapons, where it occurred on quite a few unique items, set items, and runewords. (But not magical or rare.) A number of character skills boosted critical strike as well. All of the Barbarian's weapon masteries conveyed critical strike bonuses, as did the Amazon's Critical Strike, and the Assassin's Claw Mastery.