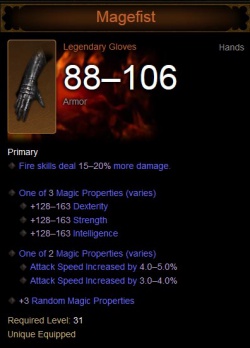 Magefist is a legendary gloves that can be found in Diablo 3 and Reaper of Souls. This item can be found and equipped by any class.

The Smart Drop system ensures that this belt will usually roll with the mainstat appropriate to the class that finds it. Gloves can not roll with +skill bonuses, unlike many other types of armor.

One of the most sought after gloves even though they do not have a legendary affix. The power of these gloves comes from the inherent bonus of +15-20% damage via Fire Skills, which makes them one of the best gloves for any build specializing in fire-based skill attacks.

Furthermore, these gloves roll with five primary affixes and just one secondary affix, giving them a bonus damage modifier over all other gloves. It's thought that this is a bug, and that the +fire skill damage is being counted by the game as a secondary skill, even though it's listed in the primary category and that sort of Elemental Damage is always a primary affix on other items.

Several examples of this item can be seen below. View more samples of the Magefist via DiabloNut's armory. 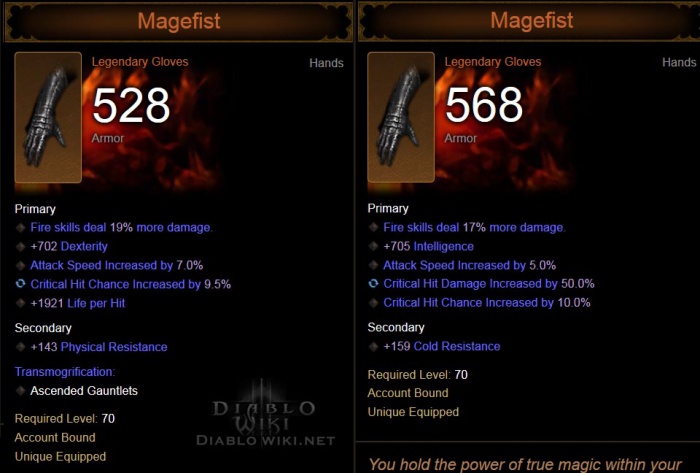 This item is named and pattered in function after the Diablo 2 unique gloves, Magefist.