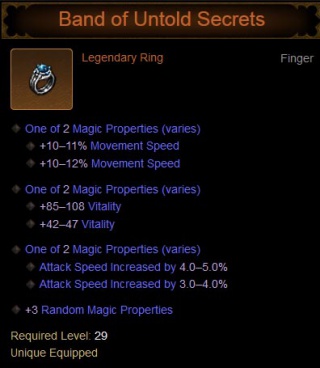 Band of Untold Secrets is a legendary ring that can be found in Diablo 3 and Reaper of Souls. This item can be found and equipped by any class.

The Smart Drop system ensures that this ring will usually roll with the mainstat appropriate to the class that finds it. Rings are considered an offensive item, and most players insist upon bonuses to Critical hit Chance and/or Critical hit Damage, while seeking mainstat as well.

Several examples of this item equipped on level 70 characters can be seen below. View hundreds more samples of the Band of Untold Secrets via DiabloNut's armory. 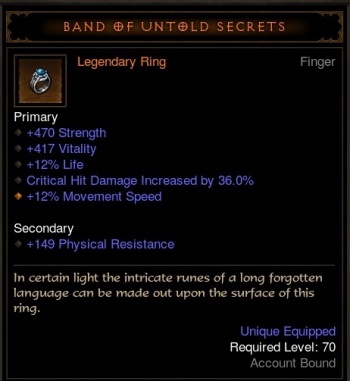 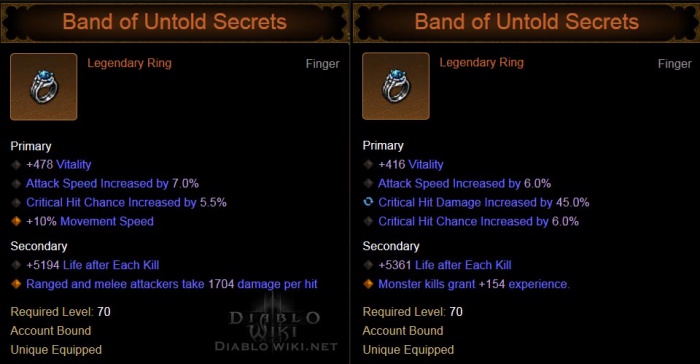