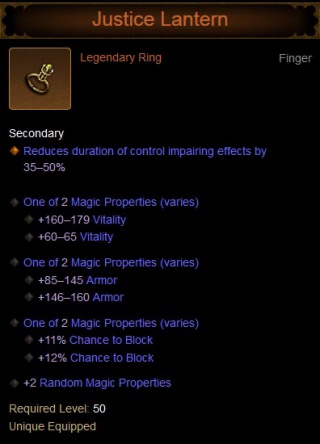 Justice Lantern is a legendary ring that can be found in Diablo 3 and Reaper of Souls. This item can be found and equipped by any class.

This item does not have a legendary affix, though the inherent secondary affix that reduces the duration of CC effects is a bigger roll than possible from a random bonus to that property. The other bonuses are also defensive, with the +blocking % bonus something very seldom found on any equipment other than shields. Since shields are used almost exclusively by Crusaders in Reaper of Souls, this ring is mostly-equipped by that class (70% Crusader use rate[1] in June 2014.)

Several examples of this item equipped on level 70 characters can be seen below. View hundreds more samples of the Justice Lantern via DiabloNut's armory. 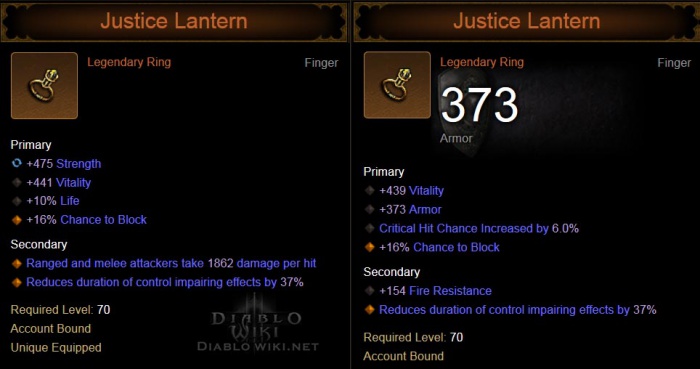 This ring appears to be modeled after the rings that power the Green Lantern comic book character. The item design is similar and the lore refers to the ring being worn by guardians and powering itself from the wearer's mental strength, which requires him to overcome fear.

That said, this ring is a fairly weak imitation with nothing like the incredible powers ascribed to these rings in the comic book world.