This name is likely a place holder, given for their purpose in the cinematic, and will not be their title in the game, when they do appear as regular monsters. They are aligned with, or may even be related to, the Crater Assault Flyer, a winged demon seen in the same piece of concept art. 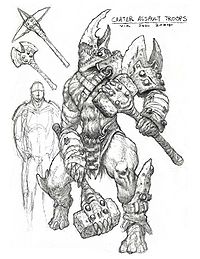 There are two possible sources for these demons; they may be a flash back to D2X, or they may be new invaders of Sanctuary in Diablo III. (Or both.)

During the events depicted in Diablo II: Lord of Destruction, Baal invaded the Barbarian lands and made his way through Arreat Mountain, up to the Worldstone. The human heroes defeated him there, but as his presence had already corrupted the Worldstone (according to Tyrael), the Archangel had to destroy it. The Worldstone's destruction blasted apart Arreat Mountain, reducing it to Arreat Crater and destroying the remnants of Baal's armies, which were laying siege to the Barbarian cities of the North.

That is the known history of events in Diablo II, and it sets up the state of affairs in Diablo III, twenty years later. In D3 we know that the story will take players to the Barbarian lands in Act Three, where they must stand off a siege upon the stronghold of Bastion's Keep, by an invading force of demons from the Burning Hells.

The monsters seen on this page might be Baal's army from twenty years ago, as seen in a flashback to the plot events of Diablo II. We've seen the D3 cinematic view of Tyrael hurling his sword at the Worldstone, so we know that at least some elements of the D2X concluding plot will be shown in D3, in flashback form.

The other more likely possibility is that these Crater Assault Troops, who are seen in the game cinematics, are part of the main force invading Sanctuary, which the heroes must defeat to protect the human realm. 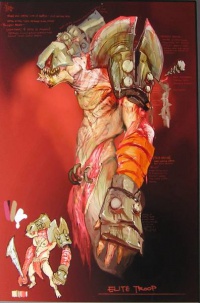 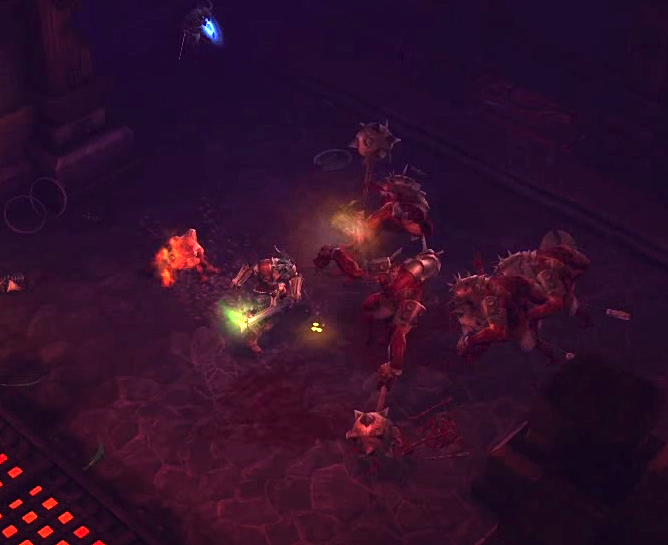 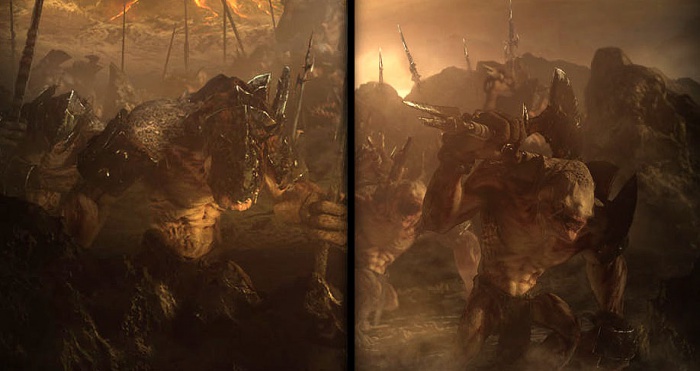 Crater Assault Troops as seen in the Diablo 3 cinematic.