Teeth of Diablo appear to be some sort of power-infused spikes, used by Triune cultists in making Dark Vessels, and subsequently Activated Vessels, but also hold additional powers of unknown potency. 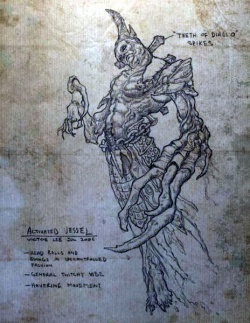 Artwork showing Triune Leader Blood Guard with "Teeth of Diablo" studded hammer. Remarkably similar to Berserkers.
These metal spikes are seen in two pieces of artwork released by Blizzard, and mentioned in the 42nd entry of Abd al-Hazir's writings.

Not much info is available but the assumption can be made that these spikes, which are infused with symbols, may be the source of some demonic power.

One illustration contains a Triune Leader Blood Guard, with a studded hammer that contains Teeth of Diablo to make it more... well... pretty? Maybe it does more damage due to the teeth. Maybe it is the teeth that allows the Blood Guard to go into a berserker state. We just don't know yet.

The only reference in literature to spikes that may refer to the Teeth of Diablo can be found in the Writings of Abd al-Hazir, more specifically the 42nd entry regarding Dark Cultists. While reading the entry you get a feeling that the entry and the illustration of a Dark Vessel and an Activated Vessels are linked.

The teeth can be seen in the backs of various types of Cultists, most clearly in the bent spines of the Dark Vessels, as they chant their demonic rituals. 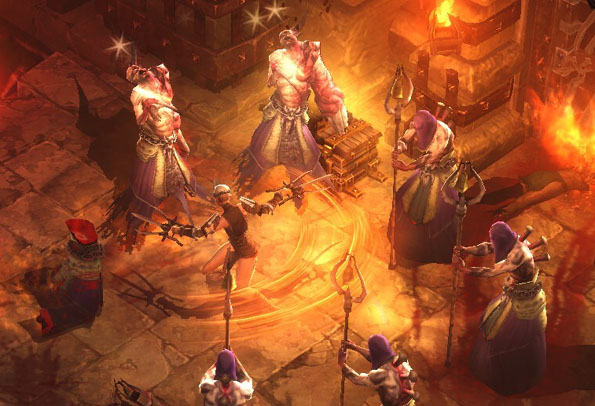 Teeth of Diablo clearly visible in the backs of Dark Vessels.