Are you looking for The Archivist (april fools)

The Archivist, Dark Lorekeeper (db) is a Superunique Ghost found in The Unknown Depths. His importance lies in the completion of the Never Seen that Before and Haunted achievements.

He also has the Vortex Boss Modifier which yanks the player towards him. 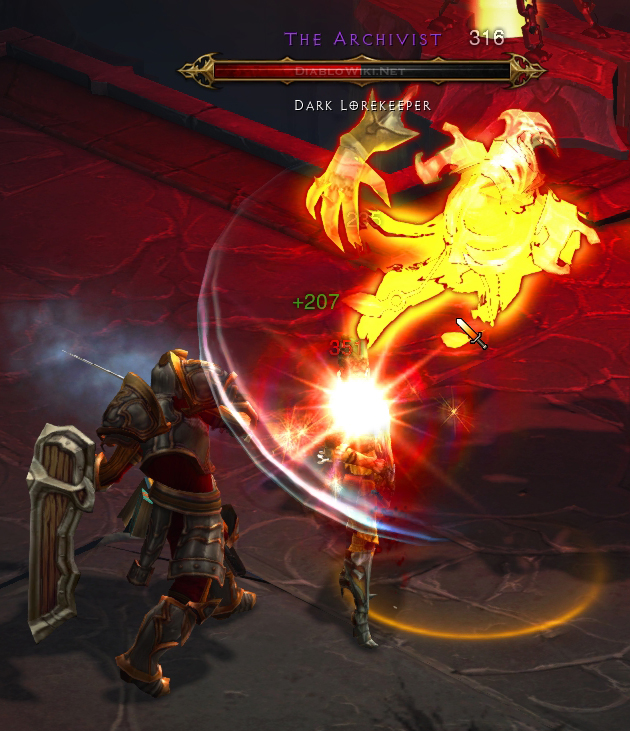 Farming for The Archivist[edit | edit source]

Archivist is in some way involved in the following achievement(s).

There was an Archivist in Diablo 3 before this ghostly version appeared. The original Archivist revealed by Blizzard back in April of 2009 turned out to be an April Fool's joke. So Alimet Two Quills, master of illumination, Morienne the Scrivener and Salazar Cid, the Master Transcriber of Gea Kul were never to see the light of day in Diablo 3.