Nagas are serpent men clearly inspired by the Claw Vipers first encountered in Diablo II. Thus far they have only been seen in the desert tombs and desert oases of Act Two, though it's likely they will inhabit some of the other acts in Diablo III.

While they are primarily melee attackers, wielding massive tridents and attacking with stabbing motions, they have an invisibility trick to lie in wait for adventurers, as well as a Nova-like lightning attack. 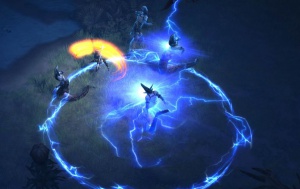 The vipers in Diablo 3 are primarily melee attackers, but they have other abilities as well.

The most often used is an ability to wait, invisible, until a hero comes into range. Players "saw" this when first encountering the Naga in the tombs below the desert surface in Act Two, during the BlizzCon 2009 PvE demo. A common player experience was to find invisible objects in their path through the tombs, sometimes to the point of entirely blocking the way through a narrow chokepoint, such as a stairway. Only after a second or two would the Tomb Vipers appear, usually around half a dozen at once, all surrounding the hero.

Another ability has been seen in a few screenshots and gameplay movies, as certain Vipers cast a Nova-like circular ring of lightning. It's not known if this is a boss ability, if there are certain Naga Shamans with this talent, or if all the Naga of some particular type can do it.

No official game info has yet been released about the Vipers. It's known that there are at least two subtypes, simply because they look so different in the screenshots.

The two types are:

Nothing is known about how these types differ, other than by appearance. The Serpent Magus have a Helmet that covers their head completely while the tomb vipers wear helmets that expose their toothy mouths. It is rumoured that Serpent Magus have spell casting abilities.

The various types of Vipers in Diablo 3 were first seen at BlizzCon 2009 and in assorted media. They were found in all of the desert tombs below Act II in that build, and can be seen in numerous screenshots and gameplay movies from the show.

Additional screenshots of vipers can be seen in the Image Gallery. A few highlights from those images have been added to the wiki, and can be seen below. 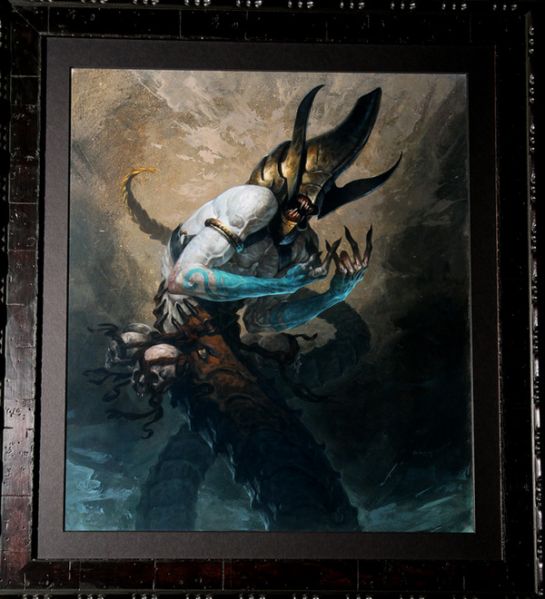 Tomb Viper painting by Brom. This is based on the final game art; it's not concept art drawn to influence the design early on.