Summoner of the Dead

The Summoner of the Dead is a skeletal shaman added to the game in the Reaper of Souls expansion pack. It can only be found in Act V, as well as randomly in Nephalem Rifts. It is classified as a Reaper. This monster exists primarily as a summoner, calling forth an unending supply of new Shadows of Death. These minions all die when their summoner is killed. The offensive capabilities of the Summoner of the Dead are limited as it wages war via proxies.

“When I first came face to face with a summoner of the dead, it was surrounded by reapers and brought forth more by the moment. I cut a path through them, but for each that I struck down, another appeared in its place. Their numbers seemed limitless; however, when I killed the summoner, the remaining reapers fell to ash.” 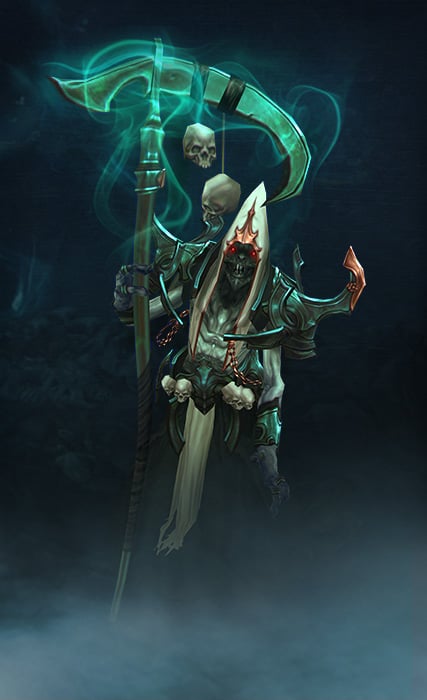