The Storm skill tree is a Wizard skill tree that focus on traditional elemental attacks, like the sorceress of Diablo II. 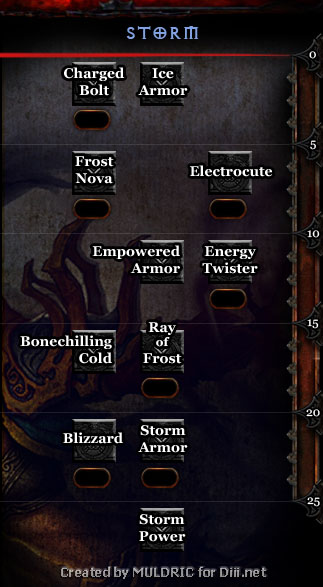 Spells that bring in the cold air from the stratosphere, or brings forth lightning bolts flung at enemies.