The Death Maiden is a dark angel, a servant of Malthael. Death Maidens are fierce attackers with their huge scythes, and can also use their powers to corrupt the minds and bodies of humans, turning them to dangerous demonic entities. They are classified as Reapers.

“After Malthael’s disappearance, the Angiris Council appointed his most loyal servant, Urzael, to find him and bring him back to the High Heavens. Urzael, accompanied by the sect of maidens who were Malthael’s closest followers, set out to find their absent master. They never returned.” 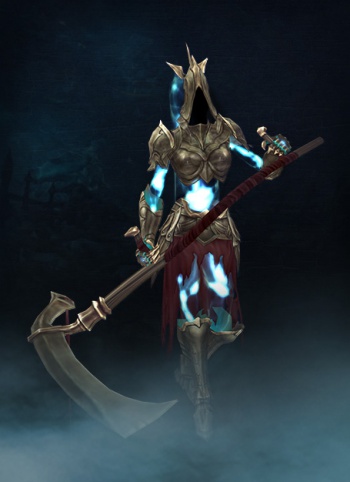 These superunique Death Maidens can appear in the following areas: