Molten is a Boss Modifier that spawns on Champions, Bosses, and their minions in Diablo III. Molten monsters deal fire damage, possess high fire resistance, and most notably, create a trail of flames on the ground beneath them, which deals very high fire damage to any heroes or pets who stand in it. 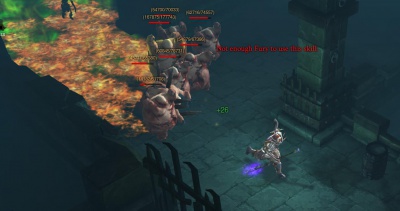 Grotesques with Molten and Plagued.

The Molten trail does not spread far from beneath the monsters, and it's possible to engage them in melee combat without standing in lava. But Molten enemies tend to move around during combat, spreading the flames everywhere and forcing players to retreat and reposition regularly during the battle.

Molten enemies pack one last surprise on death, when they leave behind a core of flame that explodes after a second, dealing a huge burst of fire damage. Countless players have died to that last explosion, purely from forgetting about it in their relief at the end of the battle and greed to get the shiny loot that dropped. 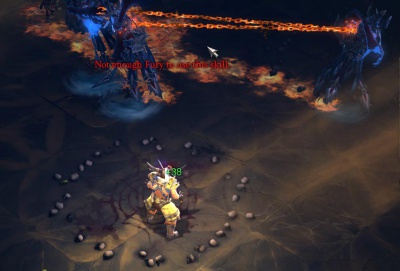 Molten is most dangerous for melee heroes, for obvious reasons. Ranged attackers generally wish to stay entirely out of reach, which puts them far from the flames. Melee combatants must pick their spots and angles, use CC and stuns and ranged attacks, and try to spread out the Molten enemies thus exposing one or two of them for a quick moment of melee battle.

Since Molten can generally be avoided, the real danger comes when the monsters stop your movement, or pull you into the fray Vortex is generally the most dangerous affix to pair with Molten, though Fire Chains, Plagued, Desecrator, and others that add more damage to the same area around the bosses are also very nasty.

Teleporter is dangerous, but not as bad since it's just one monster coming to you, rather than Vortex pulling you into the midst of the enemies, where the ground is already entirely covered in lava. By the same token, Waller and Jailer aren't as nasty unless you get caught while running across an existing lava trail.

One interesting detail of Molten is the fact that the streams are not left behind by Illusionist enemies. Illusions do no damage, though they look just like regular monsters. It's usually hard to tell them apart (barring the monster health bar display), but since the Illusions will not trail Molten, that's a quick tip off, on the rare occasions those two modifiers spawn together. 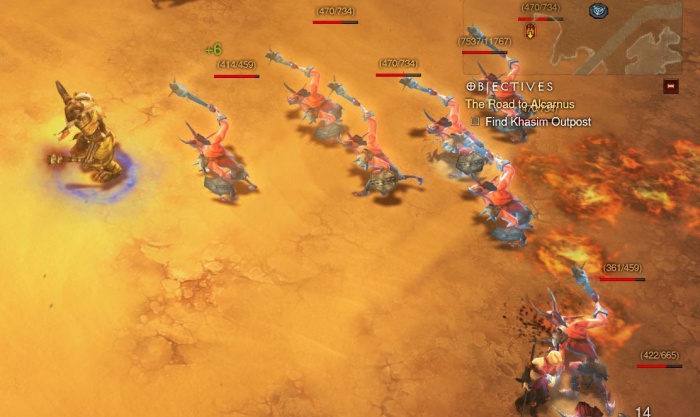 Fallen Champions with Illusionist and Molten.