The Bone Reaver was known only from one piece of concept art, released in February 2009. It was not implemented into Diablo 3.

Nothing was known about this monster other than what could be discerned from the piece of concept art that introduced it. It looks undead, and appears to have a pointed, stinger of a tail. Other than that, all is conjecture. How large it is, how it moves (crawling, flying, other), if it's associated with other monsters, what type of attack it has, etc. 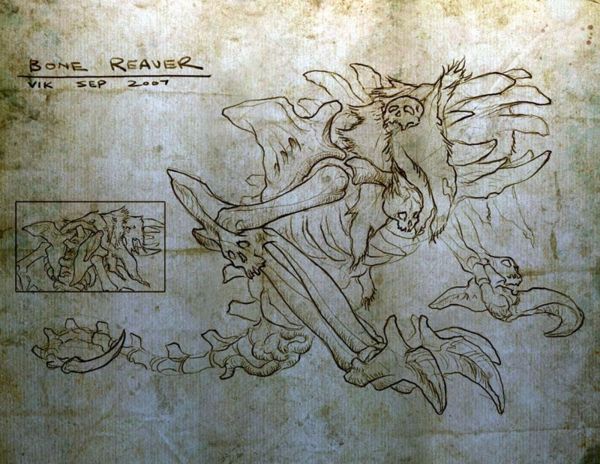