Blizzard's BlizzCon event of 2008 was as usual held in Anaheim. The event welcomed Blizzard fans to the convention centre 11th-12th of October. See the main BlizzCon article for more information about the event in general. 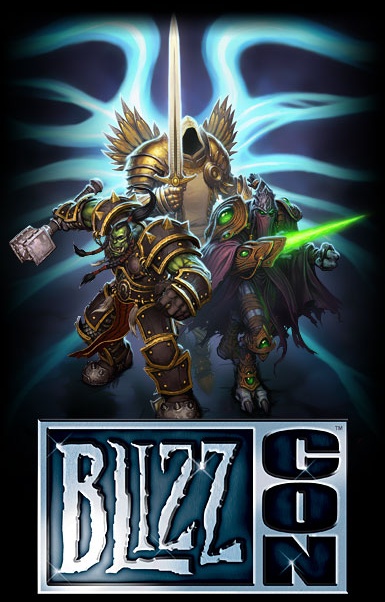 BlizzCon 2008 logo.
Diablo 3 was playable by fans for the first time during BlizzCon 2008, and they announced the wizard class to the public. Many fans, journalists and fansites of varying size got a chance to try out a little bit of Diablo gameplay in the Tristram Cathedral dungeons.

The Barbarian, Witch Doctor and Wizard classes were playable, and from the event there has been a plethora of new Diablo III information available, such as skills of the three classes.

There were several long panels covering Diablo III at BlizzCon, and much other material in addition to that. Here is coverage of the different panels from the event:

There was a massive media coverage of BlizzCon, with over 120 major news items or articles around the web. A full list of content can be found at the: