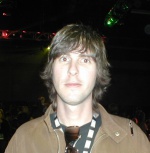 Zarhym (real name Jonathan Brown), is a community manager at Blizzard. He Principally works with the World of Warcraft Community.

Zarhym began as a CM in Mid June of 2008. This is roughly the time that Bashiok was re-tasked from the World of Warcraft community to the Diablo III Community.

In August of 2011 Zarhym has had a flurry of activity in the Diablo III community. Whether this is a permanent re-tasking to add help to the D3 team, a short fill-in for Bashiok, a rogue CM having fun, or some other occurrence remains to be seen.

Zarhym's posts as a Blizzard CM are collected in various locations, and often cited by gaming news sites and Blizzard fan sites.