Blizzard ran a promotion called the "Challenge of the Diableards" that was slated to run from 8/24/2011 to the release of Diablo 3.

From the announcement on the Diablo 3 community blog[1]:

It’s time to grow a beard.

Over the past six months, many members of the Diablo III development team have risen to this challenge themselves – and while you may have some catching up to do, the goal remains the same: grow and maintain the most awe-inspiring Diableard you can, and don't shave it off until the day Diablo III is released.

Along with the announcement, Blizzard provided images of Diableards being grown by the development team as inspiration. They appear in the gallery below.

A number of fans submitted images of their Diableards, some of which were re-tweeted by @Diablo. 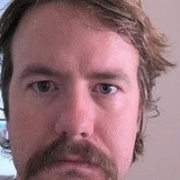 A fan inquired about the possibility of growing a moustache for the contest instead of a beard, to which @Diablo replied[2]:

In response to the Diableard contest, can we modify it to the Diablstache? In commemoration of Bashiok’s mighty visage, ofc. #diablo –NocturneGS

Bashiok is also now growing a beard in honor of the challenge. Its patchiness is only matched by its slow rate of growth. –@Diablo

Bashiok (Micah Whipple) has garnered a reputation in the Diablo community for his impressive moustache. See the accompanying image to the right.