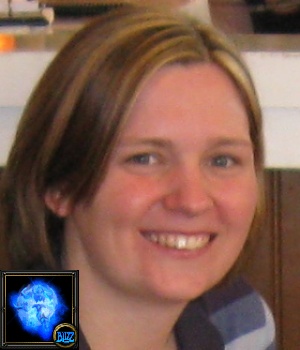 Xordiah is the handle of the Blizzard Entertainment employee Stefanie Gwinner, often called "Steffi" both in Real Life and online. She works as a RTS Community Manager and has her main office in Blizzard Paris. Most pronounced, she is the community spokesperson for StarCraft II for the European RTS community, but she is also involved with StarCraft and WarCraft III.

Xordiah's forum avatar
Xordiah assists Karune in promoting StarCraft II and the other Blizzard RTS games, and has besides helping Karune to host events like the RTS Summit at BlizzCon 2007 also been the host of the Blizzard booth at GDC Leipzig 2007. She keeps in contact with the European fansites and community. She is the one who distributes the StarCraft II Q&A Batches to the European public including the battle.net and the European WoW boards.