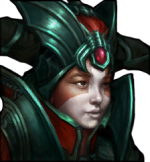 Emperor Hakan II is a young regent of Kehjistan, son of the much loved Hakan I. He plays a pivotal role in the events of Diablo III.

Your first encounter with him is on A Royal Audience quest. He has been convinced by the imposter Imperial Guard that you are a traitor responsible for the slaughter of the innocent residents of the Khasim Outpost. He sets the guards to kill you, a previously captured Leah and Asheara who is assisting you.

Caldeum societal rule is not patrolineal and successors to the throne of Kehjistan are found through Zakarum rituals. The Zakarum worked with the Iron Wolves, a mercenary company led by the renowned Asheara, to find Hakan II and keep him safe from the powerful merchant houses and mages of the Vizjerei Sanctum.[1]

When the wise and noble Hakan I died after he fell ill, his young son Hakan II took the throne, and much has been changed for the worse in Kehjistan. Many think of Hakan II as incompetent, and much of the empire has fallen in ruins. 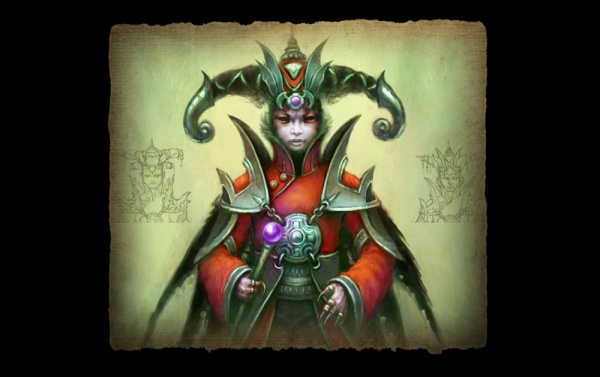 Concept art for Hakan II as seen during Blizzcon 2011.

In the game, Hakan II is revealed to be the demon lord Belial himself.