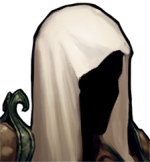 Auriel is a female Archangel and is one of the five ruling members of the Angiris Council. She has been described as the heart of the Angiris Council. By helping to temper the tensions between the other members of the council, she acts as a grounding force to solidify their tenuous relations. As well as being infinitely hopeful, she is wise and is characterized by a serious demeanor.[1]

Auriel wears soft blue robes and is one of the five ruling members of the Angiris Council that governs the High Heavens and the Heavenly Host. The Angiris Council inhabits the central meeting chamber of the legendary Silver City.

Archangel Auriel summoned Mendeln, Serenthia and Rathma before the Angiris Council as guests to witness the judgement of Angel Inarius and Sanctuary's fate, while everyone else in Sanctuary stood frozen and immobile.

Archangel Imperius wanted to judge Inarius and Sanctuary's fate as one and the same. To this, Archangel Auriel plead not to judge the children for the crimes of their parents. They were not the abominations they had first thought they were.

When Imperius called for a vote to decide Sanctuary's fate, Auriel cast a vote in favor of Sanctuary.[2]

What role she may play in shaping the future of Sanctuary, Heaven, and Hell remains uncertain.

An item of great power, it has the ability to bestow blessings or be used as an energy ribbon. 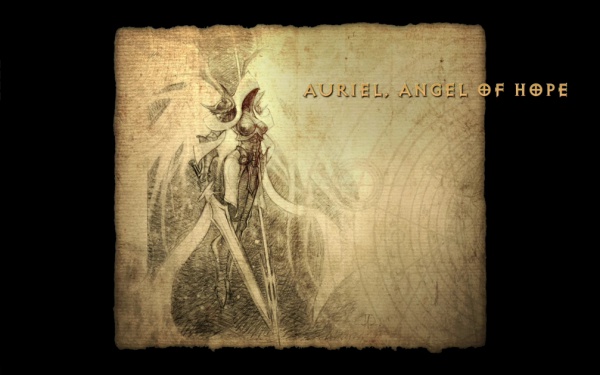 Concept art for Auriel as seen during Blizzcon 2011.