Prince Albrecht was the young son of King Leoric, but was possessed by Diablo and killed in the process.

Enjoined by his dark master, Diablo, Lazarus the Archbishop kidnapped Albrecht - the only son of King Leoric - and dragged the terrified youth down into the blackness of the labyrinth. Flooding the boy's defenceless mind with the essence of pure Terror, Diablo easily took possession of the young Albrecht. 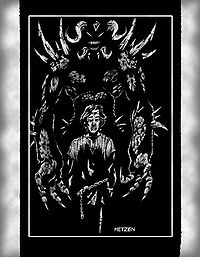 Pain and fire raced through the child's soul. Hideous laughter filled his head and clouded his thoughts. Paralysed with fear, Albrecht felt the presence of Diablo within his mind as it seemed to push him down, deeper and deeper into darkness and oblivion. Diablo gazed upon his surroundings through the eyes of the young prince. A lustful hunger still tortured the demon after his frustrating bout for control over Leoric, but the nightmares of the boy provided ample substance to sate him. Reaching deep into Albrecht's subconscious, Diablo ripped the greatest fears of the child from their hiding places and gave them breath.

Albrecht watched, as if out of a dream, twisted and disfigured forms appeared all around him. Unholy, writhing visages of terror danced about him chanting choruses of obscenities. All of the monsters that he had ever imagined or believed that he had seen in his life became flesh and were given life before him. Large bodies comprised of living rock erupted from the walls and bowed to their dark master. The ancient, skeletal corpses of the Horadrim arose from archaic crypts and lumbered off into the red washed corridors beyond. As the cacophony of madness and nightmares hammered its final blow against Albrecht's shattered spirit, the bloodlusted ghouls and demons of his mind scattered and scrambled maniacally into the lengthening passageways of his waking Nightmare.

Empowered by Diablo's possession of young Albrecht, the creatures of the boy's own imagination had gained corporeal form. So strong was the terror that grew inside of Albrecht, that the borders of the Mortal realm began to warp and tear. The Burning Hell began to seep into the world of Man and take root within the labyrinth. Beings and occurrences displaced by time and space, and long lost to the history of Man were pulled screaming into the ever-expanding domain.

The body of Albrecht, fully possessed by Diablo, began to distort and change. The small boy grew and his eyes blazed as tendril-like spines ripped through his flesh. Great, arched horns erupted from Albrecht’s skull as Diablo altered the form of the child to match that of his demonic body. Deep within the recesses of the labyrinth, a growing power was being harnessed. When the moment was right, Diablo would venture once more into the mortal world and free his captive Brothers Mephisto and Baal. The Prime Evils would be reunited, and together they would reclaim their rightful place in Hell.

His plans were thwarted by an anonymous hero that fought his way through to Diablo, and defeated him. When removing the Soulstone from the body of Diablo, it returned to the human form of Albrecht, but he had perished from the extended ordeal. 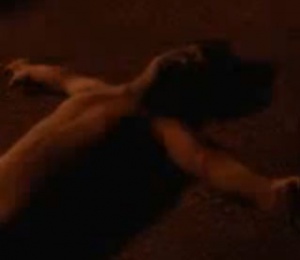 The Warrior then tries to contain the demon, and bring him to the East where it can be killed once and for all, and sings the stone into his own forehead. He stays in Tristram a few days, but is later overtaken by Diablo's strong will and becomes the Wanderer.

The player character in Diablo I is sent down to find Albrecht, but instead finds another boy sacrificed by Lazarus.

When Diablo was defeated, the unnamed warrior removed the soulstone from the Prince's forehead. His body transforms back to human form, and he dies.

The Warrior then tries to contain the demon, and bring him to the East where it can be killed once and for all, and sings the stone into his own forehead. He stays in Tristram a few days, but is later overtaken by Diablo's strong will and becomes the Wanderer.