The Tomb of Tal Rasha is the last "resting" place of Tal Rasha used to hold not only its namesake, but also the essence of Baal inside the broken Soulstone lodged inside Tal Rasha. The tomb was made as one of seven identical tombs in the Canyon of the Magi. 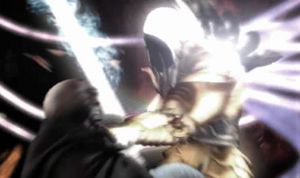 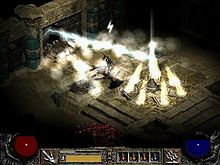 A Horadric Staff used to open the Chamber of Tal Rasha.

Tyrael left the Wanderer to tell Marius he just ensured the doom of Sanctuary and told him to go to the Temple of Light, in the eastern city of Kurast. He should enter the gate to Hell and take the stone to the Hellforge to destroy it. He unfortunately did not do so, and later ended up in an insane asylum. Baal and Mephisto jumped Tyrael and tied him to the stone instead.

When a band of heroes came looking for the Wanderer, out of the seven tombs, the true Tomb of Tal Rasha was marked near its entrance with a symbol noted from the Arcane Sanctuary, where the heroes had come from before. At the bottom of the Tomb, an Orifice to place an Horadric Staff a path to Tal Rasha's Chamber. How the Wanderer and Tyrael got in without boring a hole in the wall to get in is not known.

What happened to the Tomb of Tal Rasha after Tyrael was freed is unknown. 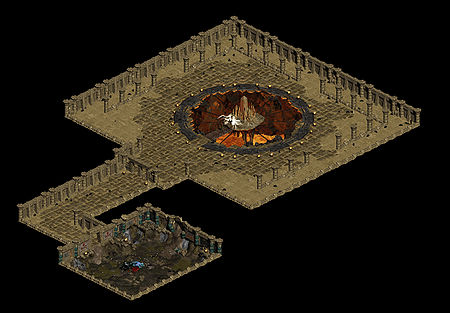 Lowest part of the Tomb, Chamber of Tal Rasha.

In Diablo II, the only way to reach the Canyon of the Magi is from the Arcane Sanctuary, and the right tomb is marked with the one symbol missing from the sanctuary.

In the bottom of the true tomb, there's an orifice to enter the Horadric Staff, which leads to Tal Rasha's Chamber.

The other tombs are good for loot.