The Canyon Rim Mines are mines in the Borderlands, located in the Kehjistan empire, close to Alcarnus.

Map of the BlizzCon 2009 demo, showing a snippet of Act II.

The mines were started some 400 years ago, and until recently have prospered under the guard of the Caldeum Dune Guard.

When Hakan II took over the Kehjistan throne from his father, Hakan I, he ordered the Dune Guard away from the area, leaving it in a state of dangerous chaos, from which people flee to the capital of Caldeum.

Besides dangerous animals and demonic monsters, the land is populated with tiny desert creatures, snakes and insects, that are less dangerous.

The Canyon Rim Mines was one of the first levels of the GamesCom 2009 demo, and was described as far better looking version of the Diablo II Aranoch desert levels. The terrain featured visible winds carrying clouds of sand across the plains with dust storms kicking up. The aforementioned desert creatures are critters, which dies if run over.

The quest called Blood Money can be found in this area from a Wanted Poster.

From The Canyon Rim Mines you can find The Stinging Winds. 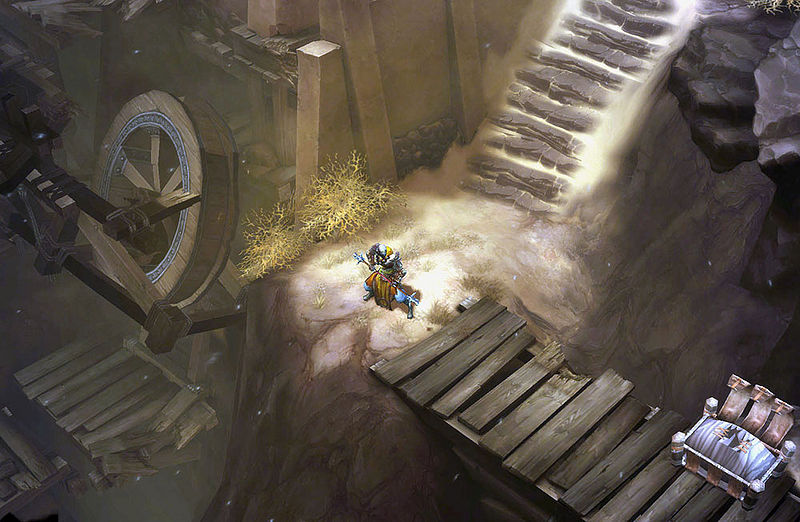