The Forward Barracks is a small optional dungeon located in The Battlefields in Act III. It may not appear every game.

There does not seem to be an event tied to this dungeon. One of those dungeons that is mainly useful for topping up on that Nephalem Valor or just plain exploring. 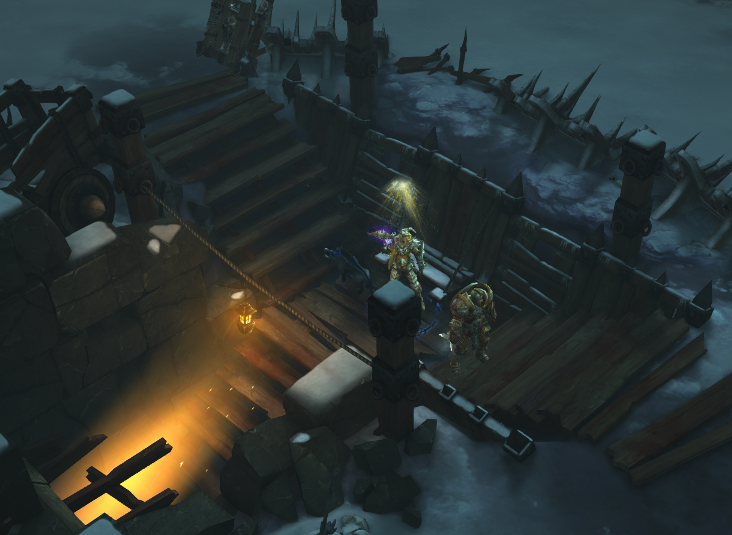 The following Superunique monsters can but might not always appear in The Forward Barracks:

Waypoints are special plates on the ground that form a network of jump points allowing players to instantly teleport between them. The nearest waypoint for The Forward Barracks appears

The Forward Barracks is in some way involved in the following achievement(s).