Holyknight3000, or HK is a well known Diablo 3 community wallpaper artist and prominent figure in the Diablo fan art community. 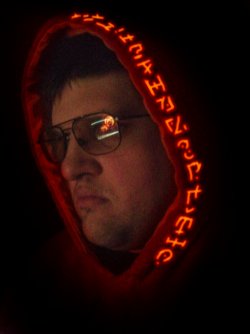 The Runeweaver's Fiery Kal 2011
Holyknight3000, also known as "HK" made him self known a few days after the Diablo 3 announcement on July 1st 2008 with his first wallpaper posted on Diii.net's gallery, which was a screenshot of what we now know was Diablo.

He went on to make the Fiery Runes Series wallpapers, a popular series that had four sub-series. This series didn't really take off until he spent 5 hrs making the Female Witch Doctor wall art which he only used screenshots from the WWI 2008 Concept Art Trailer.

The initiative by HK to make these wallpapers is one of the main reasons that the prominent Diablo 3 fansite Diii.net started weekly fan wallpaper reports, posted by long time community front figure Flux and called the Diablo III Weekly Wallpaper, a feature much appreciated by the fans.

On 28 May, 2009 HK was recognized for his work and help with the community and became the forum moderator for the Fan Creations Forum and on 3 June, 2009 HK took over the Fan Art Watch from Flux.

In early November of 2009 HK gave himself a second name; a title to be called by, and it was The Runeweaver. The reason behind it was since he made mostly rune based artwork over the first few years of his time making wallpapers for the community.

On November 10th 2009 with the help of Leord and Flux HK restarted the long lost The Dark Library as a watch for fan fiction. After talking about adding a section for Fan fiction in the wiki.

On April 16th 2010, HK began work on his fan class The Untainted. A class that was a combination of a healer, caster and monk style melee with a chance to briefly tank.

On February 20th 2011, HK began work on his companion fan fiction to The Dark Library world called the Chronicles of the Dark Library. A world where Curator and Head Librarian Kristof A. Williams embarks on a journey to find out what happened to his adopted father and his past. This also added greater depth to HK's fan class The Untainted.

On December 23rd 2011, HK posted an image of himself[1] on his deviantART account[2] showing himself in a rune-covered hoodie/cloak while looking over his monitor showing his symbol the fiery Kal.

On April 1st 2012, HK had posted an April Fools message about ending the first Fiery Runes Series. Though it was during April fools day; he had planned to and ended the series on March 29th 2012.

On April 2nd 2012, HK posted that he was not done with the Fiery Runes Series and announced that he was working on the sequel to the series. This new series would have new runes altogether, and the 38 Runes from Fiery Runes I had been retired.

On May 1st 2012, HK collaborated with fellow fan artist Softshack and created the first new wallpaper in the Fiery Runes II Series. This piece would feature Softshack's Caldeum fan art and would help set the stage for the Locations II sub-series' beginning.

On November 15th 2013, The second series in the fiery runes II series entitled as "Soulfyre" began. This series had the fiery runes now as smokey wispy and "souly" dark teal and grey runes. It still had the red runes for stuff from classic D3.

Below are the various works, and series Holyknight3000 has posted on diii.net's D3 Wallpaper Gallery.

HK also used nameplates for most of his work up untol early 2011, and the variety of different ones has their own wiki article. He only used them for the fiery runes series after that.

This is the collection and gallery of the Fiery Runes Series by HK.

For all info that was about this series and how it was made please see the Behind the Fiery Runes article.

The first wallpaper in this series and what started for HK began on July 1st 2008. The series ended on his rendition of Diablo on August 11th 2008. 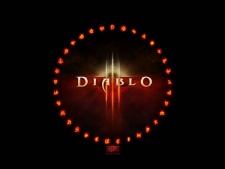 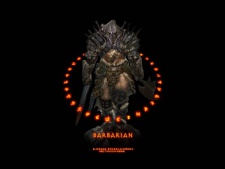 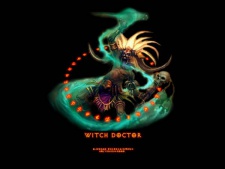 The Second Series began with the headshot of Diablo from the debut d3 logo that showed his head below the name. The image came from the Leipzig Press CD Artwork. The series started to go weekly on every Monday around midnight central time. This series began September 1st 2008 and ended November 10th 2008.

Will of the Ancients
Gallery

Also called Fiery Runes Series Three: Heaven and Hell, or FRS3: Heaven and Hell. This series which began on December 1st 2008 had 33 wallpapers representing the 33 runes of the circle and ended after 2 years and 1 month on January 1st 2011.

This Series began on April 18th 2011, and featured dark dimmer red runes. He also added the 5 new runes for D3 into the circle as well as a smaller more compact nameplate.

The Five - No BG
Gallery Forum

The Followers - No BG
Gallery Forum

While HK was working on Series One he saw some d3 wallpaper images on the net for the Apple iPhone and decided to make a few for people who are fans of the series. This way they could have the fiery runes on their mobile iPhone. He also made one from the second series of the Male Witchdoctor. This iPhone series is ongoing with the series as the main series is released.

These are the Extra wallpaper images HK released after he had finished with each series. Some he revisited for better sizing or just better quality remakes. This side series is ongoing as the Fiery Runes Series continues on.

An Artist's Thank You 2011
Gallery

This is a collection of wallpapers and artwork tied to the sequel to the Fiery Runes Series.

This was the first series set of wallpapers for the sequel series to the first fiery runes wallpapers.

This was the second series in the sequel to the first fiery runes series, featuring soul glowing and smokey runes.

The Tomb of Rakkis

These are the Extra wallpaper images HK released after he had finished with each series. Some he revisited for better sizing or just better quality remakes. This side series is ongoing as the Fiery Runes Series continues on.

These are the various other Diablo 3 wallpapers that HK made before he began the series and during his downtime making new rune walls, and series.

The Very First Wallpaper's Holyknight3000 made after the diablo 3 announcement. 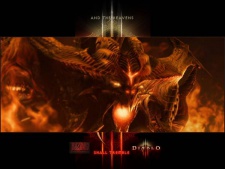 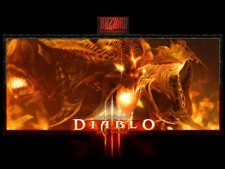 This was a series of concept art images that HK used, and when he couldn't use them for the Fiery Runes Series he created a side series. 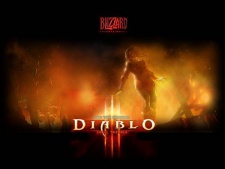 This was the newest batch of non fiery runes wallpaper, and the start to another series that HK made when he didn't make a Fiery Rune Wallpaper.

These wallpapers were for the anniversaries of Diablo 3, and the Fan Artists Community.

These are wallpapers that didn't pertain to any one wallpaper series that HK worked on.

Formally known as the "Sketchbook Series"; this series was made for concept art that was just sketched artwork, and lined art.

Wallpapers HK had made based upon the Diablo 3 Cinematic for the Black Soulstone that was first shown at Blizzon2011's opening ceremony.

Wallpapers HK had made based upon the Diablo 3 Opening Cinematic that was first shown at the 2011 Spike TV VGA's.

Wallpapers HK had made based upon the deleted scenes from the Extended version of Diablo's 15th Anniversary Retrospective [3]; which revealed newer images of Imperius, Tyrael, and Diablo.

These wallpapers were images from the three TV spots that blizzard released before the game came out.

Siege on the Diamond Gates

Duel in the High Heavens

This is a dozen wallpapers featuring images from the anime short by Peter Chung and Titmouse.

The Trap is Sprung

Wallpapers featuring scenes from the cinematics in the game after it was released.

Judgement of Justice I

Speak to me Child

Battle at the Gates I

Battle at the Gates II

Battle at the Gates III

Battle at the Gates IV

Battle at the Gates V

Battle at the Gates VI

Battle at the Gates VII

Battle at the Gates VIII

Battle at the Gates VIII

Battle at the Gates IX

Battle at the Gates X

A New Dawn I

From Justice to Wisdom I

From Justice to Wisdom II

From Justice to Wisdom III

Wallpapers featuring scenes for the cinematics about the five classes from the game after it was released.

Wallpapers featuring scenes for the mini cinematics about the quests from the game after it was released.

Extra wallpapers featuring art from the classes, quests and other pieces

The Death of Cain

The Gates of Bastion's Keep

The Siege on Bastion's Keep

Beneath the Silver Spire

Beneath the Silver Spire

Wallpapers featuring art from the classes, quests and other pieces for the expansion.

A Sigh of Relief

The Nephalem Will Stop You

No One Can Stop Death

No One Can Stop Death II

No One Can Stop Death III

No One Can Stop Death IV

Wallpapers featuring the quests and ending cinematic from Reaper of Souls.

Various wallpapers that HK had made and posted once a year showcasing all of his wallpapers over each year.

These are extra wallpapers that HK had made that were not tied to any series, and were intended as stand alone pieces.

These wallpaper and artwork HK made whenever there were contests from Diii.net.

This is a collection of fan art that Holyknight3000 had made over time. 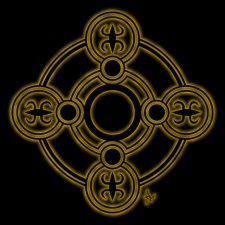 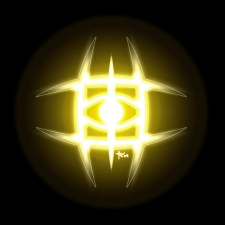 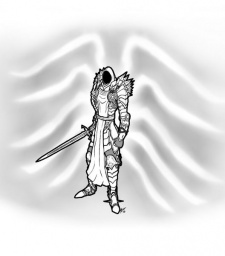 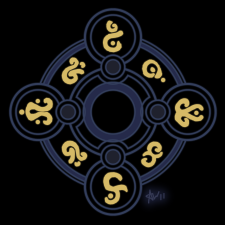 This was some of HK's works on various fan classes. As well as some of those classes skill trees and more.

This was a fan class that HK worked on to be a melee healer class that could when damaging enemies, heal the party and the player himself. Also the Untainted could be a caster as well as a ranged. With a very powerful and expensive ability the class could also tank for a short amount of time.

This was a fan fiction that Holyknight3000 had wrote before Diablo III came out.

This was a fan fiction HK created for the Fan fiction Watch called The Dark Library. He would have his characters read out the latest, and past fan fiction. All the while investigating some strange happenings going on in the old slowly being refurbished complex.

This was a collection of fan poerty that Holyknight3000 had wrote.

Poetry for Chronicles of the Dark Library[edit | edit source]

These were a set of poems based upon the world of the dark library world.

Other various poems that HK had written over time.

Various places in the world of sanctuary that HK had created for his story Chronicles of the Dark Library.

This is a list of the websites HK posted his art on during 2008-2013:
(Websites in gray no longer work or are bot ridden)