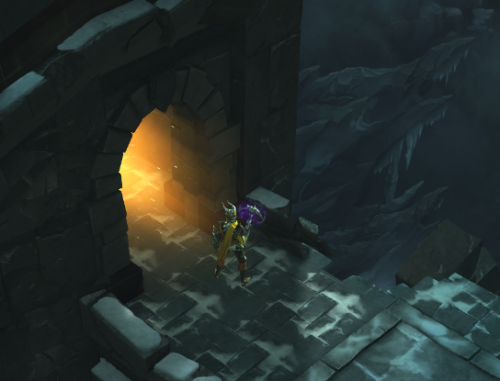 Entrance to Fortified Bunker
Fortified Bunker is an alternative to The Barracks located in The Arreat Gate just before leaving towards The Battlefields in Act III and likewise has two levels. It's not as common a dungeon and has no events (yet) linked to it but does contain the usual array of Rare and Champion spawns and has a Resplendent Chest on the second level so is worth an explore.

The following Superunique monsters can but might not always appear in Fortified Bunker:

Waypoints are special plates on the ground that form a network of jump points allowing players to instantly teleport between them. The nearest waypoint for Fortified Bunker appears

Fortified Bunker is in some way involved in the following achievement(s).