ADVERTISEMENT
From Diablo Wiki
(Redirected from The Vault)
Jump to: navigation, search Goblin at the entrance.

Greed's Domain (AKA The Vault or the Treasure Vault) is a special dungeon area added to Reaper of Souls in Patch 2.1. It was first seen on the PTR when Patch 2.1 testing went live, and created great player excitement.

To enter the area, simply kill Treasure Goblins. Once in a while one of them will leave open a yellow portal when they die, which the player can then pass through to enter Greed's Domain. It's a small area of unusual design with a single winding staircase that moves down to a central arena where the boss fight occurs. Along the way players will meet various trash mobs, several Treasure Goblins, and many smashable urns and crates, all of which spit out tremendous sprays of gold.

After winding down several elevated levels, players reach a large circular platform, where they encounter Greed herself. Her formal title is Greed: Baroness of the Treasure Realm. Defeating Greed causes a super-sized golden chest to drop from the sky. When opened it spawns tremendous riches. PTR results showed dozens of huge stacks of gold, plus multiple rare items and legendaries.

Items, including legendary items can be found in The Vault, but the guarantee is a huge amount of gold. Over 500 million can be scooped up on Torment 6 with Gold Find gear on, but even on low difficulty levels tens of millions of gold will be obtained, mostly from the destructibles and the final massive golden chest.

The Vault is meant to be a reward and a fun bonus find, rather than a life or death challenge. The developers spoke about the design theory in a live chat in late August, 2014.[1]

Nevalistis: One new area we’re adding in the patch it something we call “The Vault.” How cool is it?

Wyatt: I think it’s super cool and I hope everyone gets a chance to see it. For those who haven’t already, it has to do with the Treasure Goblins. If you kill a Goblin there’s a small chance that you get to open up a portal to enter the Realm of Greed. And it comes from the idea of where Treasure Goblins go when they get away. We’ve got to put something in for that, and I’m pretty excited about it.

Nevalistis: I haven’t seen it yet on the PTR. Maybe I’ll get on this afternoon and hunt some more.

Wyatt: It’s not designed to be a hard area. We weren’t going to give players this rare chance to get into the area and then WE’RE GOING TO KILL YOU!!1! *laughter* That’s not cool. It’s more of a celebration event. Gold is raining down everywhere, there’s treasure. We just wanted it to be a fun run around. The boss’ mechanics are focused on being interesting rather than deadly. There’s some humor there. We just want people to enjoy it. Not struggle with it. 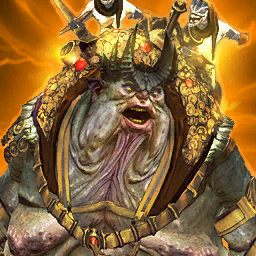 It can be found by killing Treasure Goblins. One way fans have found is to repeatedly run the Halls of Agony level 2, in Act One. There is always a Treasure Goblin somewhere on that level, and early reports are that about every 15-20 tries, he'll pop the yellow portal to Greed's Domain.

Alternatively, transmuting a Puzzle Ring in the cube will also open the golden portal in town.

A player clearing the level on Torment 6 with a ton of Gold Find gear on. His total take: 556 million gold.