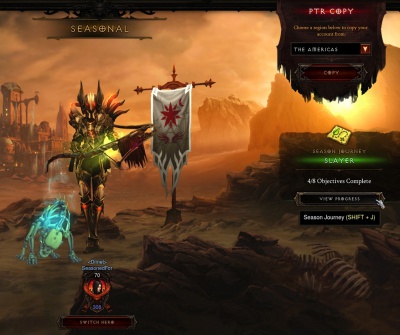 The Season Journey (SJ) was added to the game exclusively for Seasonal characters in Season Four with Patch 2.3 in August 2015. The SJ is an enhanced system of Achievements which grant cosmetic rewards including new profile borders and even a virtual pet. Season Journey achievements are grouped so that players tend to earn them roughly in sequence while leveling and gearing up, and the SJ functions as something of a "how you should be playing" tutorial that's very useful for new or inexperienced players.

The Season Journey is accessible only to Seasonal characters, and is shared account-wide (but not between hardcore and softcore.) Each Season gets a new Season Journey, and when a season ends the rewards roll over into the full Era account.

While most players find it enjoyable to earn the achievements, the Season Journey is optional and does not add to a character's power or abilities; the rewards are entirely visual and cosmetic. (This changed slightly in Season Five, when an additional stash tab was added as a reward for achieving the Conqueror level. Many players felt[1] that was too steep a requirement, especially for gamers who do not play Seasonal full time.)

Conquests are special very difficult achievements. There are only a few of them each season, some of which are new each season, and they generally require special efforts or very high skill and quality of gear to complete. All conquests are identical but recorded separately in softcore and hardcore. (Completing them in Hardcore does not also complete them in Softcore.)

Some of the higher pages of the Season Journey require completing 1, 2, or 3 conquests.

Conquests change slightly between seasons, with (usually) one or two new/changed each time.

Season Five ran on Patch 2.4, and was the second season with a Season Journey. It began Friday, January 15, 2016, approximately two weeks after the end of Season Four.

The virtual pet reward and visual bonuses were new in Season Five, and of most interest to most players, a bonus Stash tab was awarded for completing the Conqueror page.

The achievements required to complete the Season Journey changed between Season Four and Season Five.

The following were the seasonal journey achievements for the first Season this features was present. Season Four / Patch 2.3. All rewards for the S4 SJ were cosmetic, such as bonus in-game wings, new profile borders, and an ice dog virtual pet. 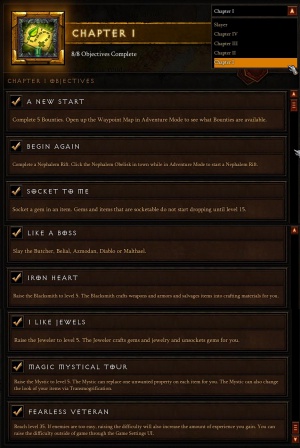 Chapter One, as seen on the PTR.

The first page of SJ achievements are picked up in the early leveling stages of a new character. 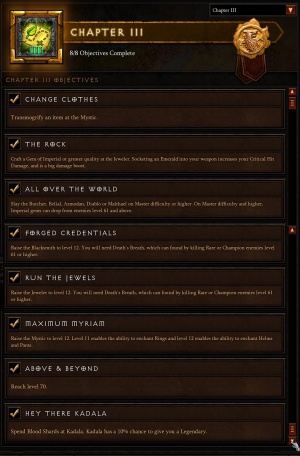 Chapter Three, as seen on the PTR. 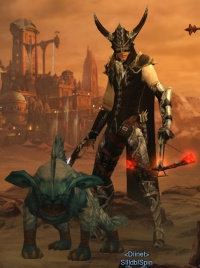 Level a Legendary Gem to level 25. 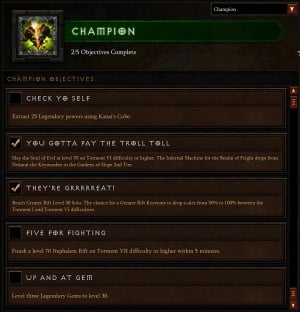 Chapter Six: Champion, as seen on the PTR.

There are only five achievements to complete this page, but they are much harder to achieve than the previous chapters. 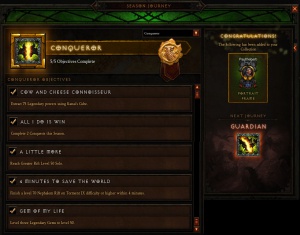 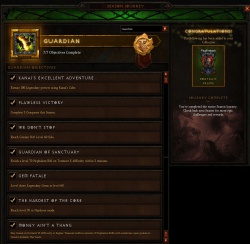 The final chapter of achievements all require extremely powerful characters, built through long and expert play.

Complete a level 70 regular rift on Torment 10 with within 3 minutes. 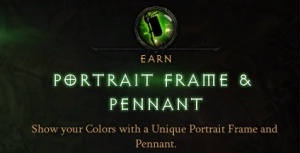 The Season Journey debuted in Season Four, but had been under development for months before then. Starting in Season One, all achievements reset, so players could re-earn most of the same achievements from non-seasonal when they created a Seasonal character. The same system carried into Season Two, but more was added in Season Three, when players could earn a special Pennant and Portrait Frame for completing an easily-reached amount of Achievements.

When confirming those new rewards in May 2015, Blizzard mentioned the upcoming Season Journey system, as something under development by developer Don Vu.[2] 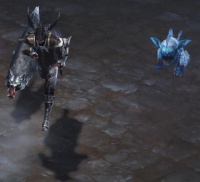 Reaching the initial achievement plateaus to earn cosmetic rewards in Seasons 1-3 was simple, and when the Season Journey first went live in Season Four, some players expected more of a challenge, and thought the prizes were too easy to pick up. Especially the Ice Dog virtual pet, which was awarded for completing Chapter IV, which required only than that a player reach level 70 and gear up sufficiently to solo in Torment I.

Compared to that reward, completing the much harder and higher level achievements in Chapters 5-9 earned nothing but some profile portraits, which seemed wrong to some players.[3]

Shouldn’t the pet be the end tier reward? Makes more sense to have an epic reward to be at the end.


...The first 4 chapters are designed to be accessible to everyone, with a bit of work, so everyone can get the basics. The fancy cosmetic portraits on the other hand are going to be a lot more work.

Tyvalir: Pretty much this.
We want the cosmetic pet obtained through the Season Journey to be within reach of most players, so we placed it at the end of the Chapters part of this new feature. If you love to test your mettle, that’s where Tiers and their exclusive portrait frames come in. These provide a degree of prestige not found elsewhere, meaning other players who see your character portrait will immediately know what you’ve achieved.