The Cursed Forum event is triggered when you find a Cursed Chest in a square in the Westmarch Commons in Act V. It can appear in Campaign mode and in Adventure mode both as a Cursed Event on its own or as a Bounty.

The goal of this event is to cleanse the place from its monsters (Punishers and Summoned Soldiers) after inspecting the Cursed Chest. A reward (i.e. another chest appears) if 100 monsters or more are killed during a given period of time. 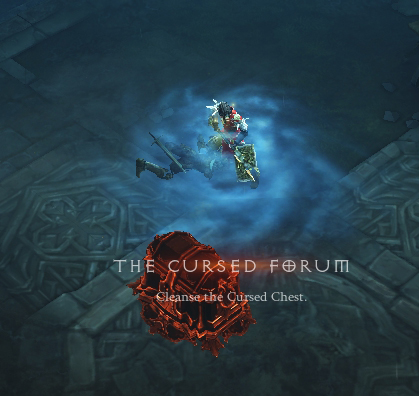 The Cursed Forum can appear as a Bounty.

The Cursed Forum is in some way involved in the following achievement(s).