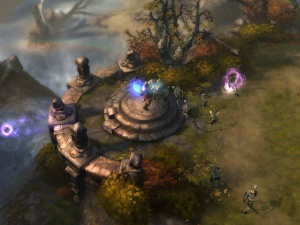 A Barbarian killing skeletons in the Leoric Highlands.

The Leoric Highlands are presumably either the Westmarch battlefields where King Leoric tried to invade, or the place of his birth. The highlands are shown in the WWI 2008 introduction to Diablo 3, and is one of the things fan reacted to in the art controversy, due to high magnitude of colour in the artistic design. 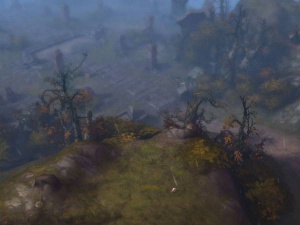 The Forgotten Tombs seems to be located next to the Leoric Highlands, or at the very least bordering to them.