The Torture Chambers of the Mad King (level)

The Torture Chambers of the Mad King is a dungeon area within Diablo III that was first seen in the Blizzcon 2010 demo. It was more of a jail-like area than a torture chamber, filled with cells housing the remains of the loyal servants of Queen Alyssa and presumably any others who stood against King Leoric.

The level has a blue/green-tinged color scheme, somewhat different from the greenish vibe of the Forgotten Tombs beneath the Tristram Cathedral (seen in earlier gameplay videos and screenshots). The area houses a series of jail cells, replete with destructible doors. 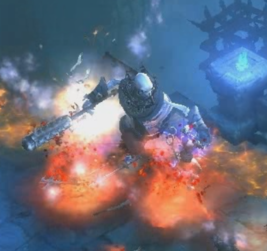 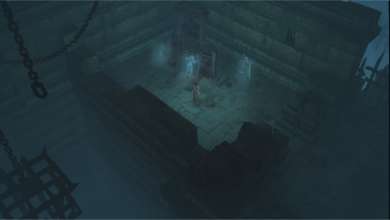 The Demon Hunter witnesses a ghostly event - the beheading of Queen Alyssa by Archbishop Lazarus and King Leoric.

Other notable characters that make a phantasmal appearance are Queen Alyssa, King Leoric, and Archbishop Lazarus.

The Warden is a unique monster that appears near the conclusion of this level.

In the Blizzcon 2010 demo, Queen Alyssa greets players with a short dialogue once they enter the level.

Queen Alyssa: “Finally, someone to help my people. Guilty of nothing, save being loyal to me. They were cursed to be held in these cells beyond their natural lives. My blessing will allow you to free them from their long torment.”

With the Queen's blessing, the player proceeds to free the tormented souls. Once all six prisoners' souls are freed, the player is directed to the center of the map where they face the Warden. 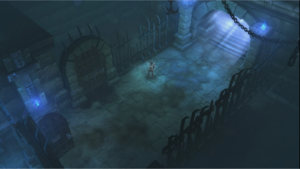 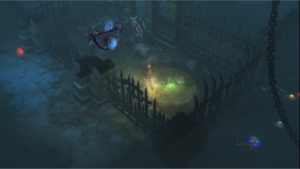 The Demon Hunter frees a prisoner's soul at the behest of Queen Alyssa. 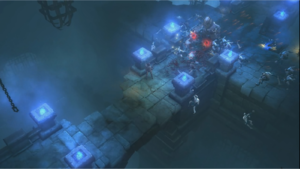 The Demon Hunter faces off against the Warden.