Elgorath, "The Corpselord", is a Superunique Revenant Shield Guard that appears in the Invaded House in the Westmarch Commons in Act V. It uses the Desecrator, Frozen and Reflects Damage Boss modifiers. Revenant Soldiers are constantly spawning to fight along this Superunique. However, if one waits long enough, Elgorath gives up calling for reinforcement and will end up fighting on its own. On the other hand, if Elgorath is killed early, the Revenant Soldiers will keep spawning for a while. 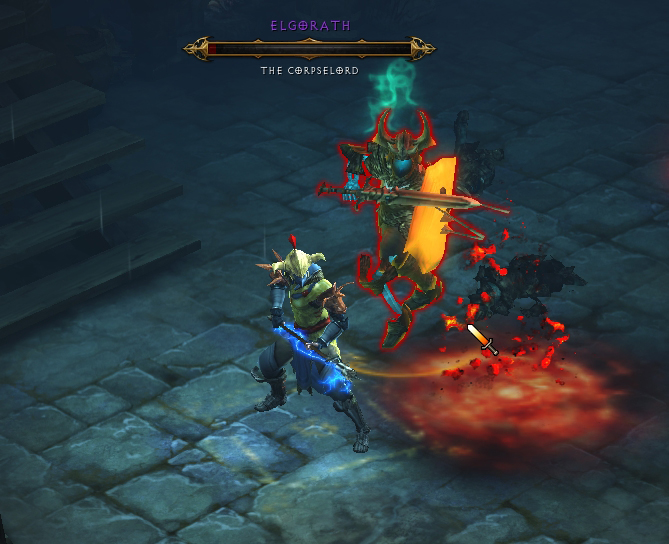