Abandoned Cultist Stores appears in Westmarch Commons in Act V. After entering the building, you need to kill a Punisher in the first room. You can then reach a courtyard where more monsters await slaying. Once this is done, talk to the Cultist. He will tell you about treasures he amassed and that this now all yours. Enter the vast second room with a large central statue. Kill all the monsters and go through the secret door to enter the Cultist Treasure Room. 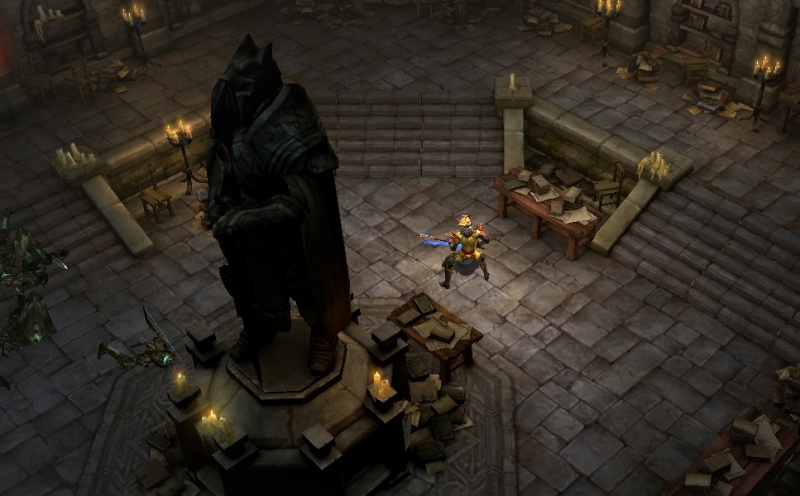 The second room with its central statue (v2.0.5) 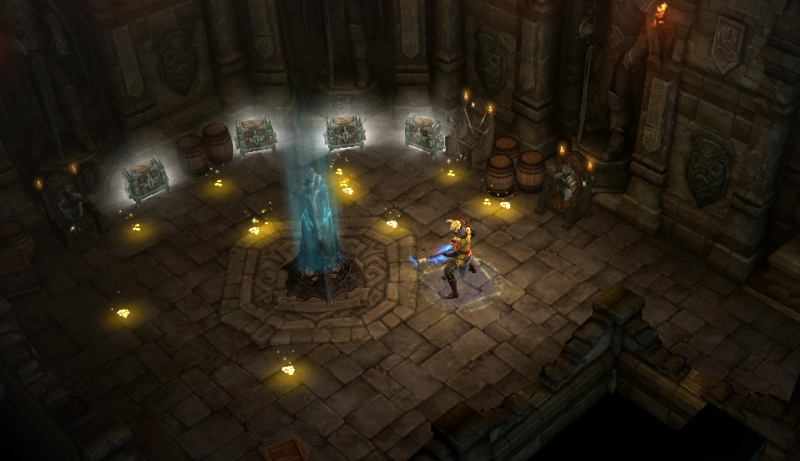 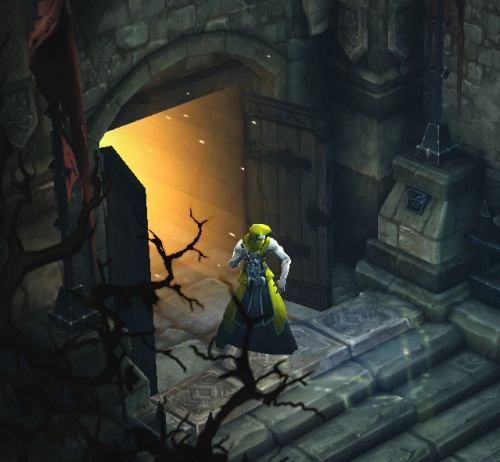 Reformed Cultist: "You destroyed the Coven! You of all people will understand what I'm doing here. Our ill-gotten treasure is behind this door! We did despicable things to amass it - desecrated tombs, robbed corpses ... Things you would never do! I was going to destroy it. But you - the hand of righteousness - you can use it for good!"

Abandoned Cultist Stores is in some way involved in the Sightseeing and The Tourists Achievements.