Firestorm is triggered when you enter the Fire Arena in level 2 of the Plague Tunnels in Westmarch Commons in Act V. You are then trapped in the arena where you have to survive three waves of Reaper attacks. Firestorm is a dangerous event because on top of the Reapers, four pillars spin, almost continuously, deadly flames at you. Once the three waves of Revenant Soldiers and Revenant Archers are defeated, there is a fourth wave coming at you that includes Peleil, a Superunique Death Maiden. This is the most dangerous part of the event because Reapers are constantly spawning and the flame pillars keep firing.

Until December 2014, a few weeks before patch 2.1.2, one of the entrances would not lock and the player to use it to escape from Peleil and the fire pillars (great name for a band). Since then all the entrances are locked 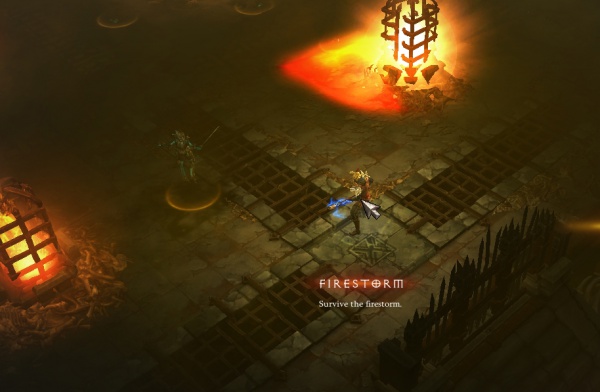 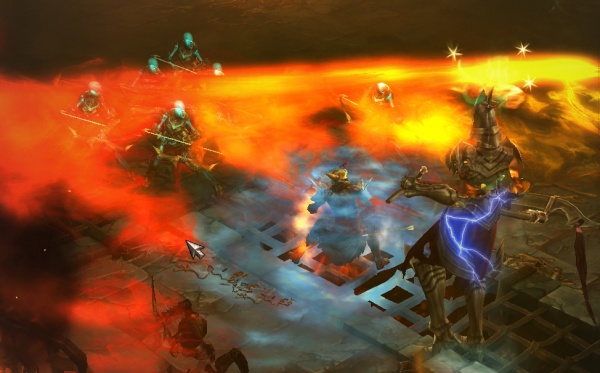 The last stage of the event where maximal damage occurs (v2.0.6)
Retrieved from "https://www.diablowiki.net/index.php?title=Firestorm&oldid=79687"