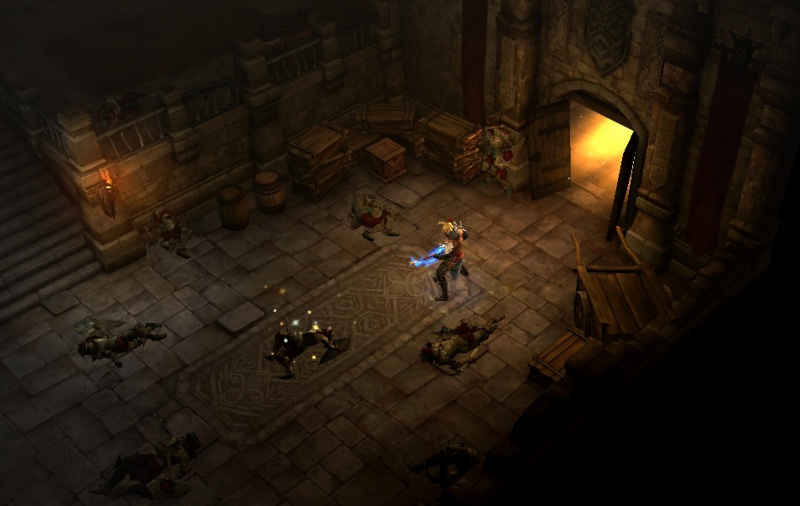 Dead bodies are what you find when entering the Killing Floor (v2.0.6)


After the soldiers are slayed...
Ghost of Captain Stokely: "The reaper that killed my men is outside, in the courtyard. Please, slay it - for all of us."


After Uzkez the Annihilator is killed...
Ghost of Captain Stokely: "Thank you! Nothing can bring back my men, but revenge dulls the pain."

The Killing Floor is in some way involved in the "Sightseeing" and "The Tourists" Achievements.