Revelor, "Manslayer", is a Superunique Revenant Shield Guard that is encountered in the House of Screams in the Westmarch Commons in Act V. It uses the Illusionist and Electrify Boss modifiers. Until it is killed, Revenant Soldiers are constantly spawning to fight along this Superunique. 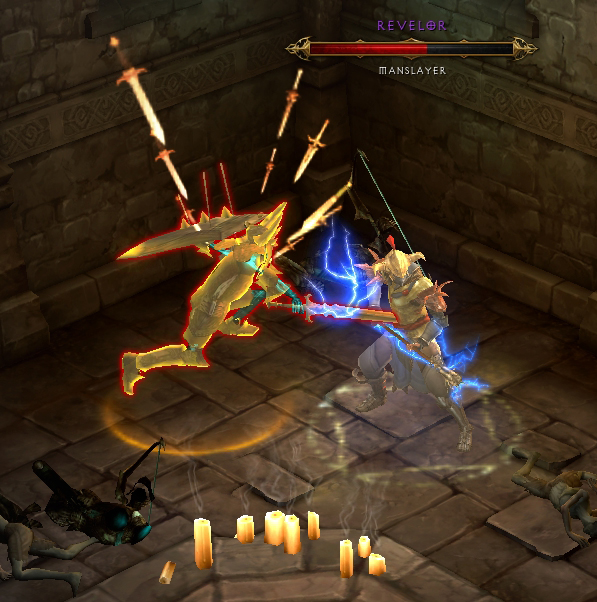 Revelor piercing the chest of its opponent (v2.0.5)