Ransacked Dwelling rarely appears in Westmarch in Act V. There you will need, in the context of the Home Invasion event, to save a family from the tyranny of bandits. 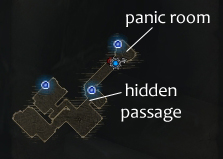 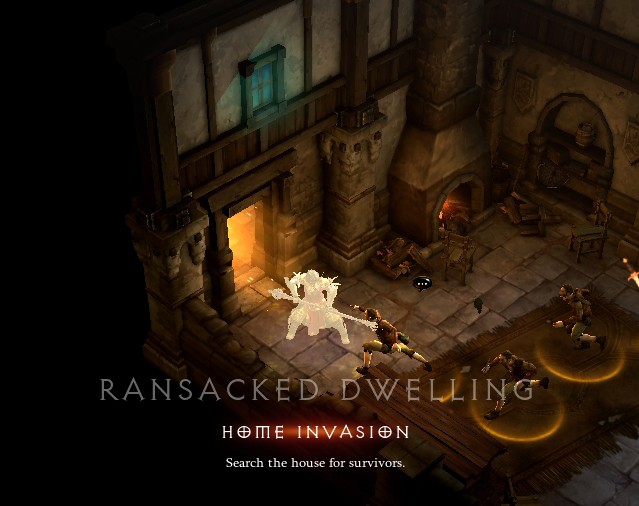 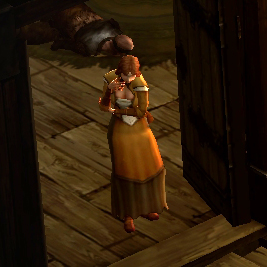 Brigand Looter: "A witness! Get him!"


After killing the first wave of brigands
Caylin: "Please, help me! They have my mother and father upstairs!"


After killing Bertram Thistwhistle
Grace: "They killed him!"
Caylin: "Mother? Where's Mia?"
Grace: "I snuck her out back, through the bookcase."
Caylin: "In the alley? There are bandits -or worse- out there!"


After killing Virgil Cutthroat
Mia: "Cailyn! I thought you abandoned me."
Caylin: "No dear sister. never."
Caylin: "We owe you our lives. Here -maybe we have something for you."
Caylin: "Come with me now, Mia. Mother will be so happy you're safe."

Ransacked Dwelling is in some way involved in the Sightseeing and The Tourists Achievements.