Virgil Cutthroat, "Bandit Leader", is a Superunique Human that appears in the Ransacked Dwelling in the Westmarch Commons in Act V in the context of the Home Invasion event. Another Superunique villain, Bertram Thistwhistle, appears during this event. He looks identical to Virgil Cutthroat. Maybe this is his twin brother who followed the same despicable path. 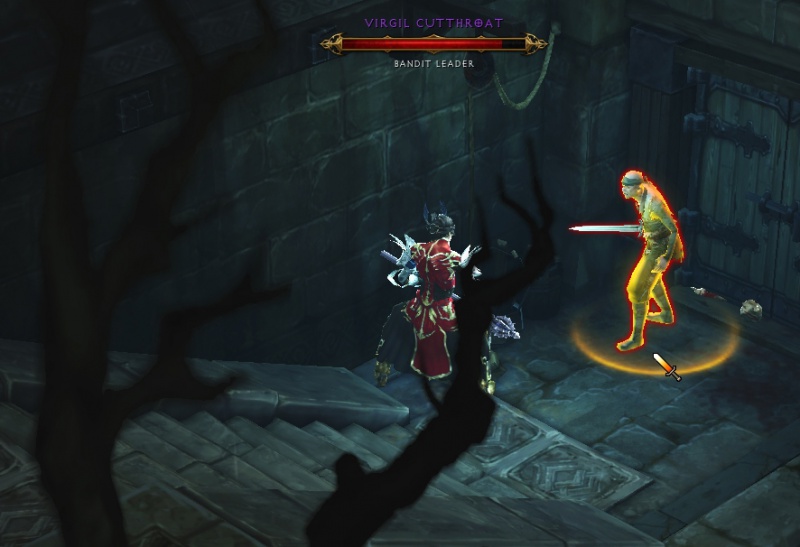 Virgil blocks the access to the room where (v2.0.6)