The Adventurer's Pack was a feature early in Diablo III's development. Packs are no longer in the game, and seem unlikely to return with the inventory largely set, as of August 2010.

While they were in the game, packs came in various sizes, and were used to increase the size of the character's inventory. One early design had a basic inventory space, with 4 slots for bags of various sizes, each of which added more space to the inventory.

A later design had just one slot for the Adventurer's Pack, which came in a wide variety of sizes.

Ultimately the D3 Team felt these features were more trouble than they were worth, and decided to go with a very large inventory right from the start, with no in-game items used to increase its size. 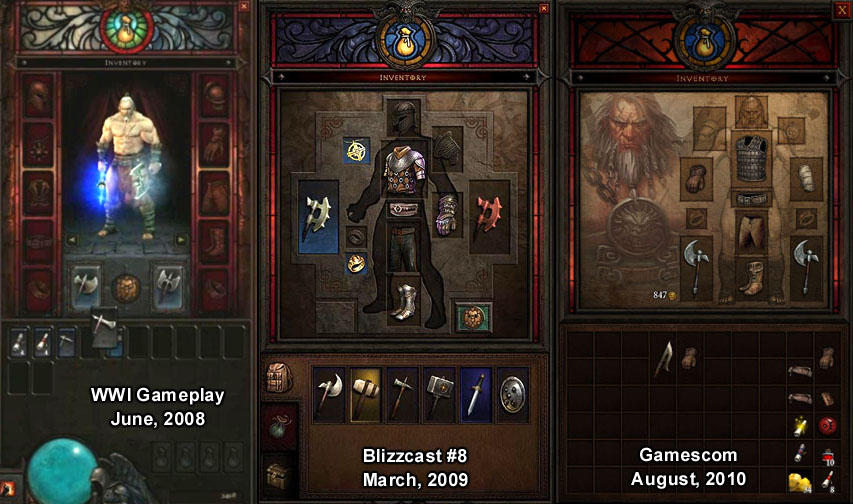 The 4 bag slots can be seen in the earliest image. The Adventure's Pack would have gone in the empty square on the left of the paper doll in the center image.
Retrieved from "https://www.diablowiki.net/index.php?title=Adventurer%27s_Pack&oldid=23252"