Death Orbs were planned as a feature in Reaper of Souls. They would have been randomly-occurring portals that allow players access to Nephalem Trials, mini-dungeons where players would have faced huge, nearly endless waves of attackers.

The whole feature was scrubbed during development, though the basic concept lived on with the horde or waves of attackers seen via Cursed Shrines, and the Realm of Trials feature added in Patch 2.1 offers endless waves of attackers in a small arena-like dungeon, much as Nephalem Trials were set to provide. 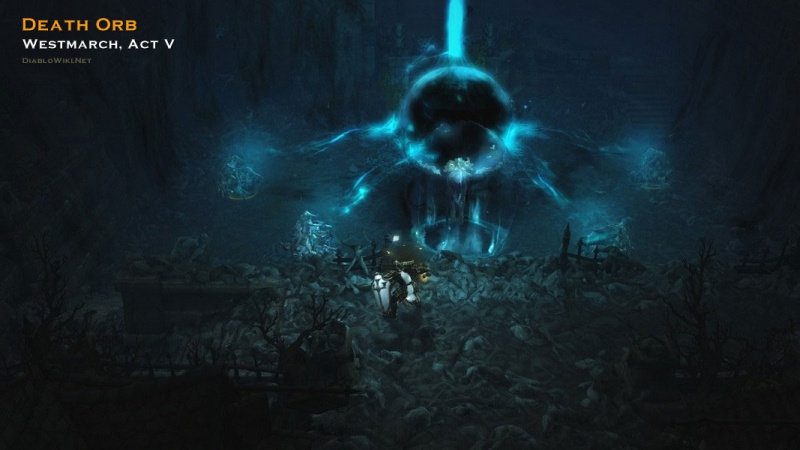 Suspected as a Death Orb in pre-RoS screenshots, this turned out to be just a visual from the Act Five quests.
Retrieved from "https://www.diablowiki.net/index.php?title=Death_Orb&oldid=77516"