The Touch of Death event is triggered when you encounter a Guard in the Westmarch Commons in Act V who says "This can't be happening! We're all going to die here!". At this point you are attacked by Punishers. After they are slain, a Death Maiden appears and raises the souls of the poor Guard and his comrades. 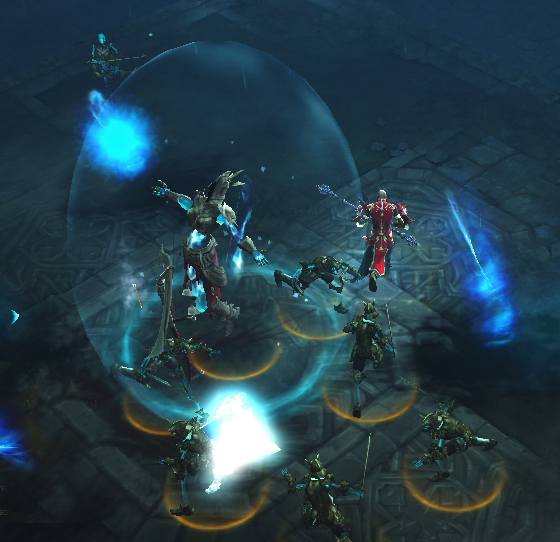 Westmarch Guard: "This can't be happening! We're all going to die here!"

After the first two Punishers are killed
Westmarch Guard: "More are coming! You've got to stop them!"

After the next Punishers are killed
Westmarch Guard: "They're coming for our souls! No!"

Touch of Death is in some way involved in the Sightseeing and The Tourists Achievements.