Long ago, the heralds of pestilence were lesser demons who rebelled against Azmodan. The Lord of Sin vanquished them easily, but instead of slaying them, he granted each one a long arm infested with a poison that could kill anything but Azmodan himself. The heralds have been plague-riddled menaces ever since. -- Deckard Cain 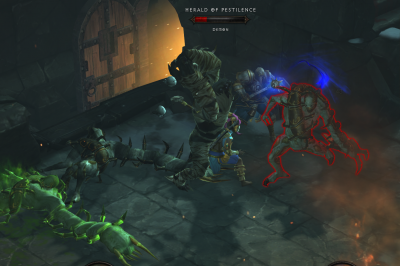